Last night's jersey of the night: Rufino Linares. Dude could hit. Traded for Fred McGriff. To Rufino's right is the sleeve of a grey road jersey - a Dale Murphy model. Dale  always looked out of place in the tomahawk jersey. 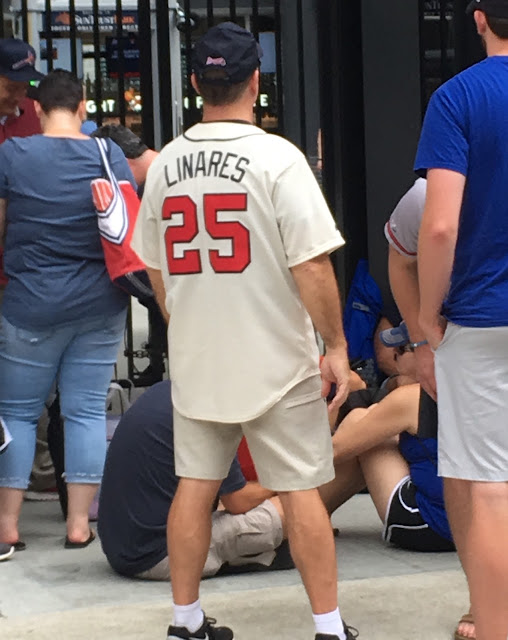 Lots of jerseys to see, thanks to the largest crowd in SunTrust Park history. I told you it was crowded. 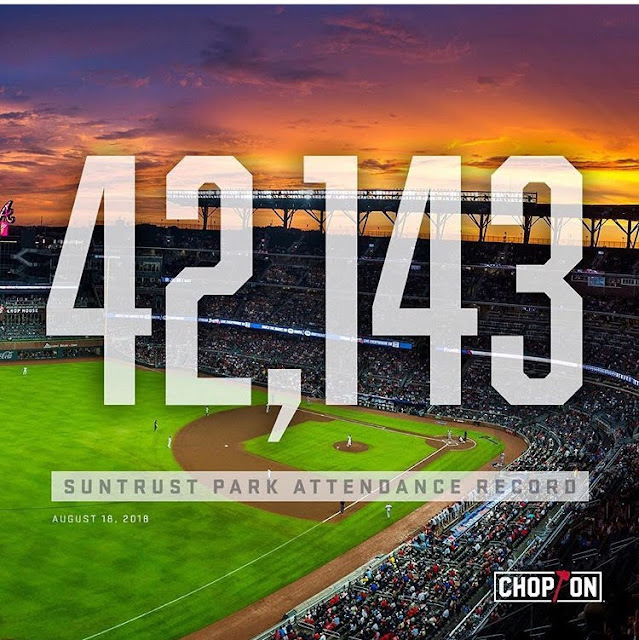 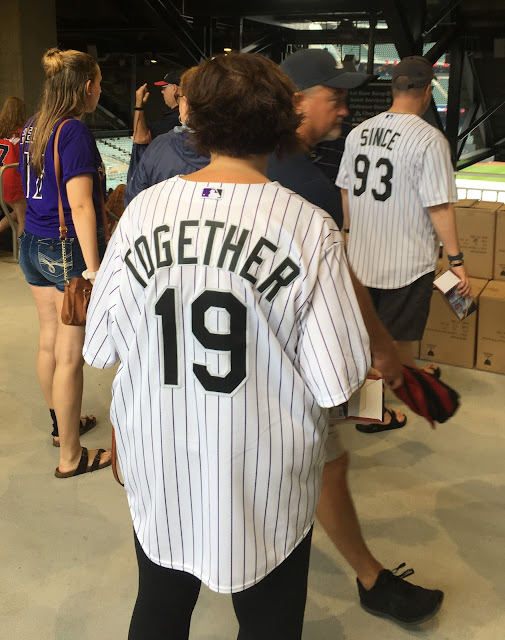 Another Murphy. Dale often went by Murph, though I always preferred Murf. 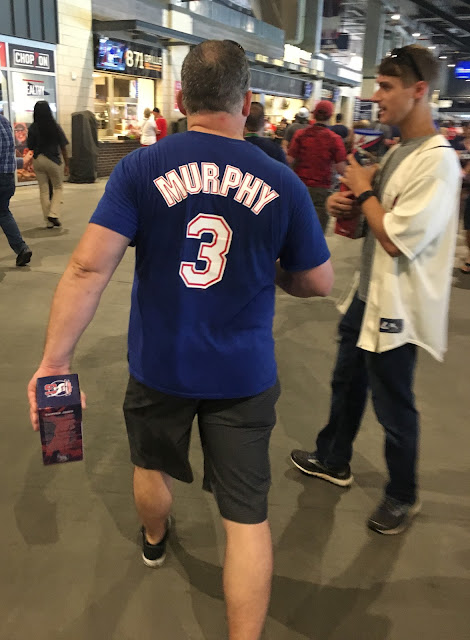 I didn't take note at the time, but after the top of the first inning new UGA head basketball coach Tom Crean lead the fans in the tomahawk chop. Later Crean visited Chip Caray, Joe Simpson, and Tom Glavine in the TV booth. Back in May I noted that Crean's brother-in-laws are also head coaches: Jim and John Harbaugh (click here for link). 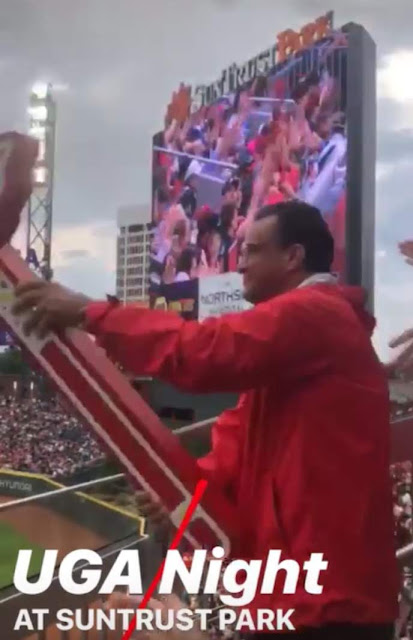 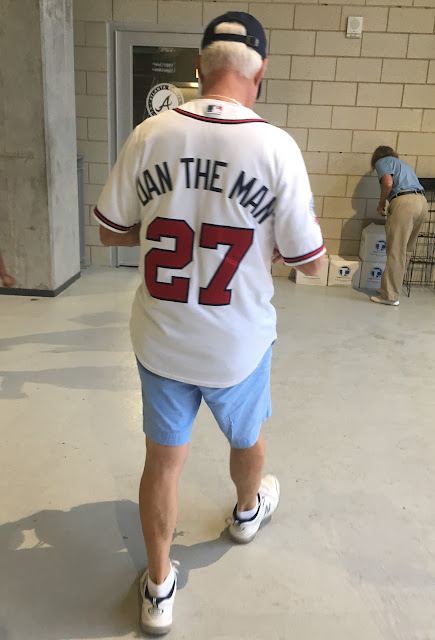 Cowboy I am. Note the Braves' UGA caps. 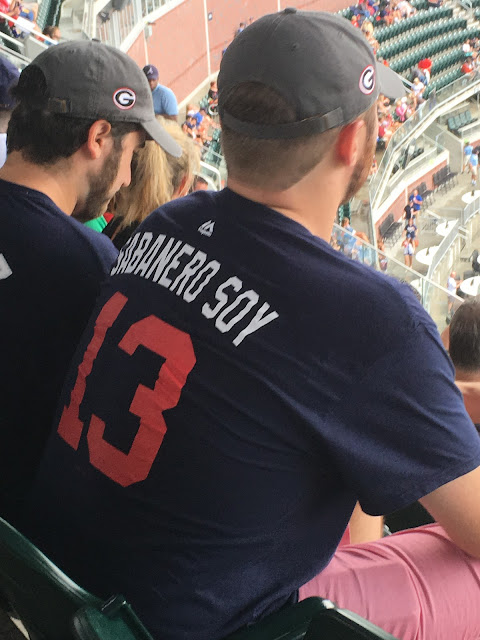 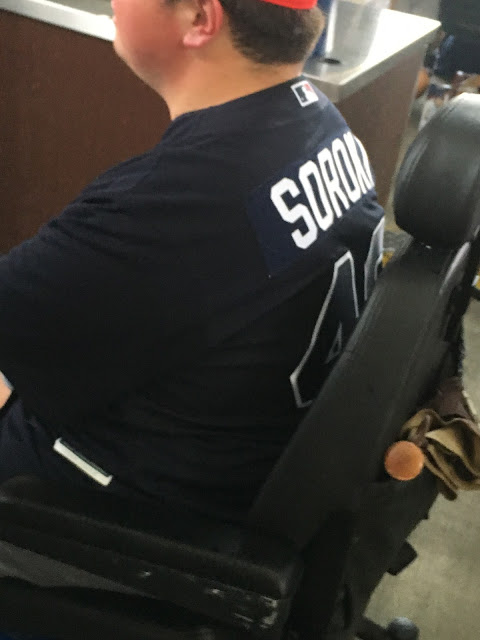 A knock-off, but cool nonetheless. 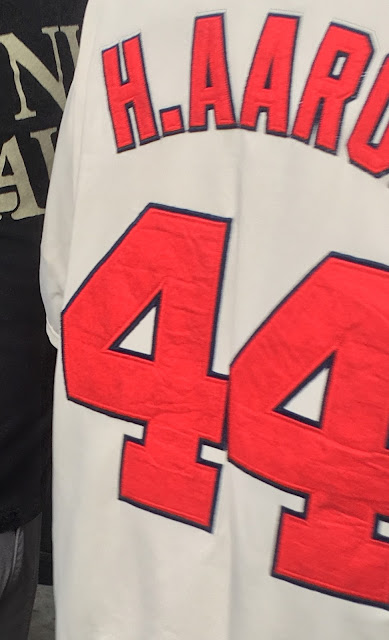 A dad in a Ruth knockoff.
Might've been a descendant of the Babe. 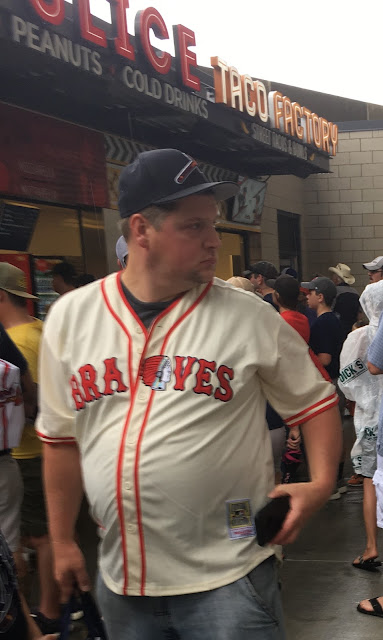 Had to see if it was a Dominique or Spud. 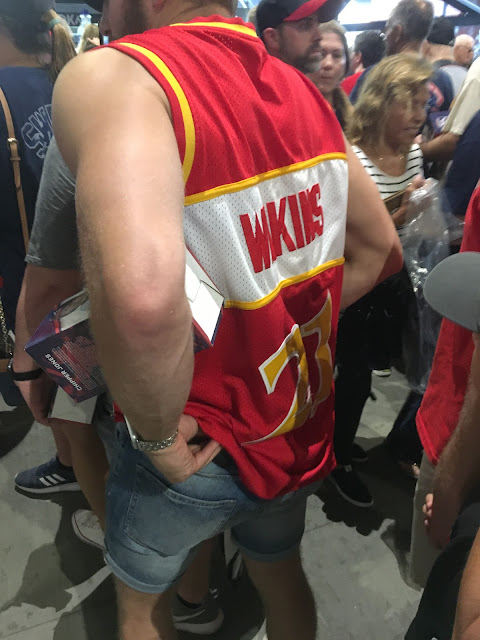 Looks stitched. Thought it was a pen. Now we know what kind of t-shirts are sold at
Ken Ham's Creation Museum and Ark Encounter. 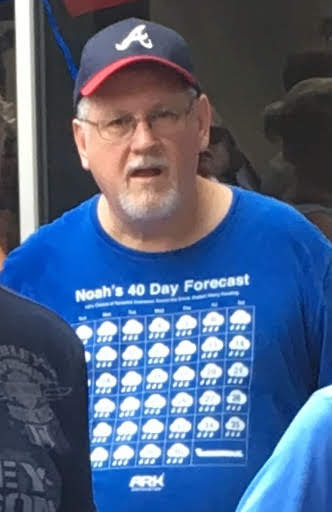 This Rockies fan was showing the effects of Colorado's legalization of marijuana, purple beard and all. 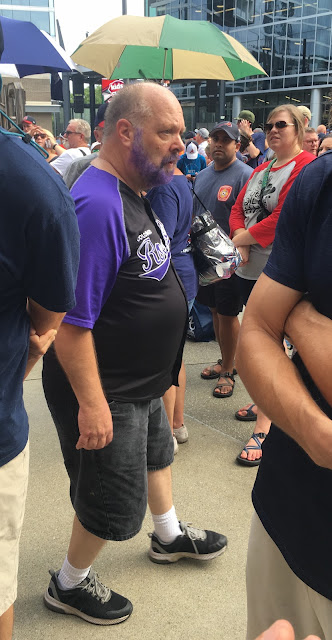 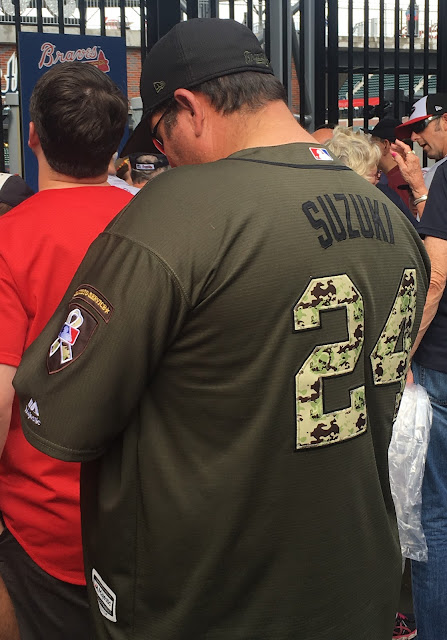 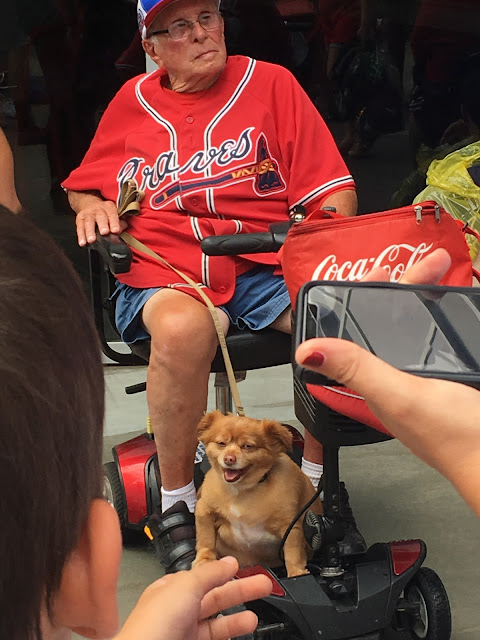 My buddy in the tomahawk cap stepped away from his place first in line to talk with some friends. Glad he ditched his clunky old white dad shoes and switched to red. 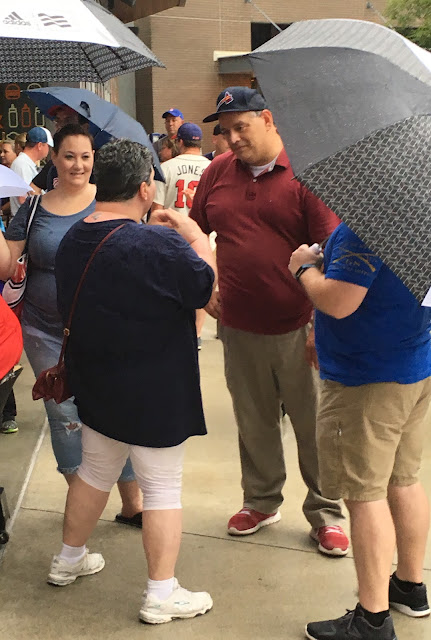 A backpack like this would be cool, but those patches ain't cheap.
My friends LJ and Jonathan have similar packs. 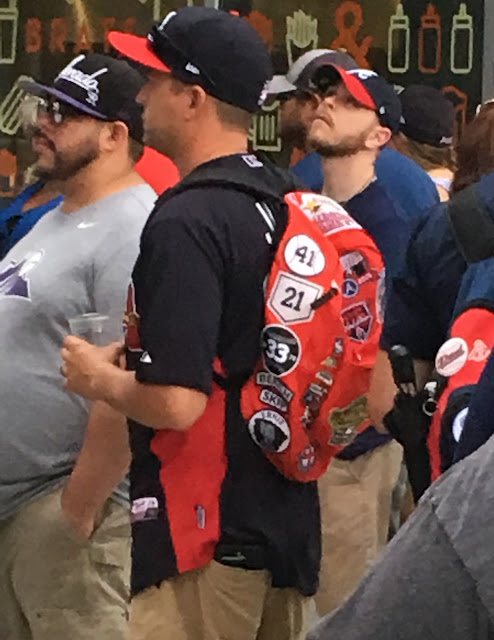 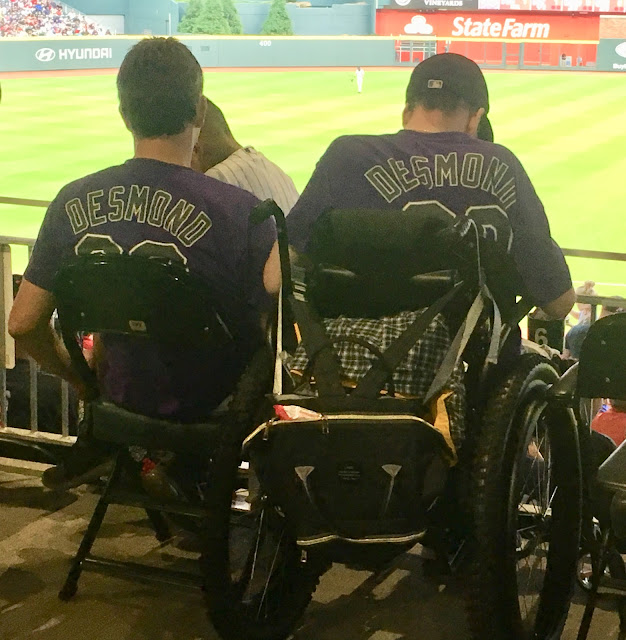 Saw only one green jersey, worn by an old guy. 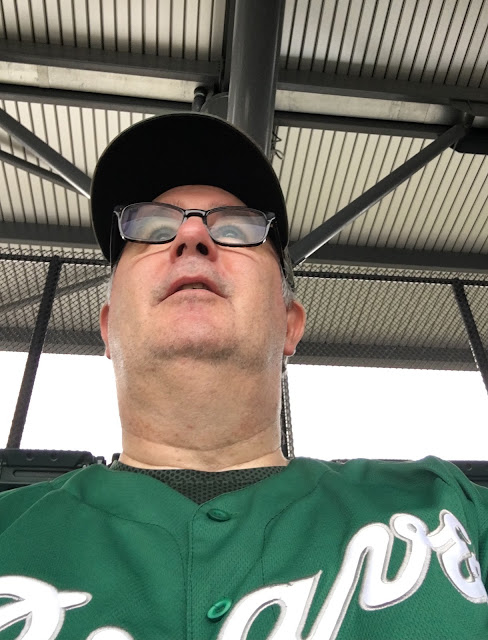