Chipper's in the Hall 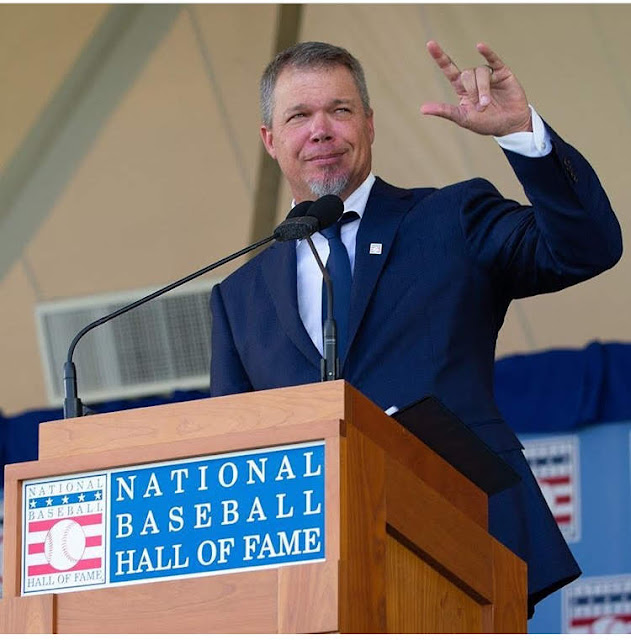 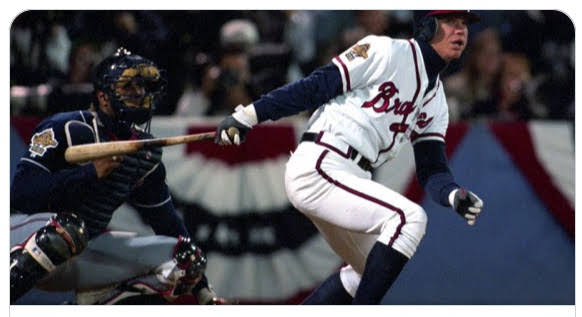 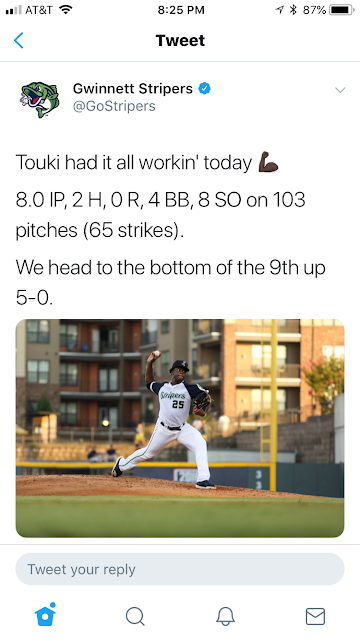 Braves traded for a Reds outfielder Duvall. Gave up Lucas Simms and Matt Wisler. Duvall has hit more home runs than Bryce Harper. In trades you go for the best player available. Ender has slumped this year and probably wasn’t as good a player as he was last year. Ender plays a great centerfield, almost as good as Andruw did. Acuna can play centerfield, perhaps not as well, but he should be good enough. The Braves were in the running for Chris Archer, the best starting pitcher on the market. Instead they traded for a starter and reliever from Baltimore.
Fans have been complaining for the last week that the Braves hadn’t made any moves. Since then they’ve made three, with more on the table. And more moves can be made in August. No matter what the Braves do, people will complain.
CPA: I thought AA did a great job with the trades.  He added 4 players without having to trade any of the top 20 prospects.
Wisler and Simms were expendable - they weren't really going to get another shot here.  It sounds like Touki and Wright (last year's #1 pick out of Vandy) will be ready to compete for spots in the rotation next spring (if not in September).  I don't know about Allard - he competes well, but I don't know if he will miss enough bats in the MLB.  I think they will move on from Gohara at some point and do something with Teheran.
Next spring training, this group will be fighting for rotation spots: Folty, Newcomb, Gausman, Soroka, Fried, Wright, Tuki
Markakis is a tough call.  After Harper and Machado, the available free agent bats will all be 30+ years old.  I think the Braves will make a limited push at Markakis, but an AL team will throw more money at him (PT OF, PT DH).