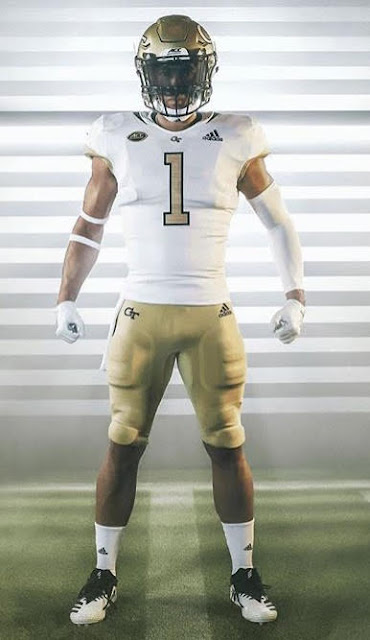 Could've been worse. An upgrade from Russell Athletics
( if only to be able to attract more athletes).
Not exactly a glowing recommendation. Reaction was been mixed.
Above is the regular home and away uniform, featuring numbers from Tech's new typeface - inspired from the Tech Tower. 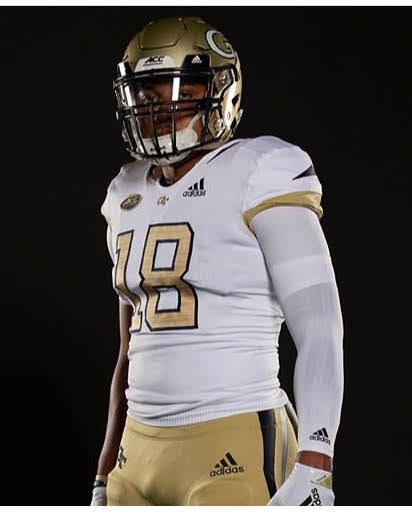 Lots of adidas logos. Note the pointed "stinger" stripes on the shoulders, sleeves, and pants. Ridiculous. At least they're small. Hard to even see the shoulder stripes. The black sleeve stripes should come forward more, so they can be seen. The worst are the pants stripes. Without a white center stripe, and since the pants stripes peter out halfway down the leg, the look from the stands will make the players look shorter and fatter, the way football pants without any stripes (or the Falcons thin stripes) look. Interesting that the pants have a completely plain front - no "zipper" area. This too will prove to look weird. 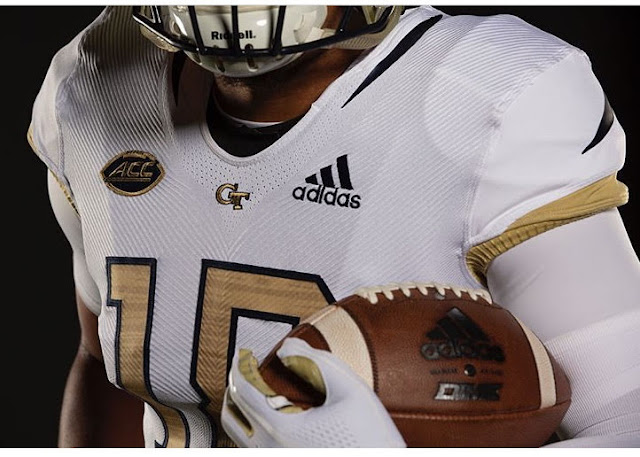 At least they didn't mess with the traditional Tech helmet. Would've been the perfect time to get rid of the outlandish black face masks. Grey would look so much better. Another negative: I doubt the "JACKETS" typeface on the back of the helmet will match the font used for the names on the back of the jerseys. 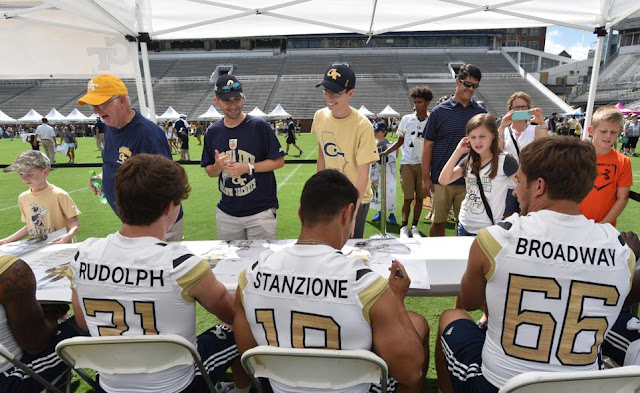 Neither will be the new Tech Tower-inspired typeface used for the numbers. Why? Look at Broadway's number 66 above. Not my favorite. 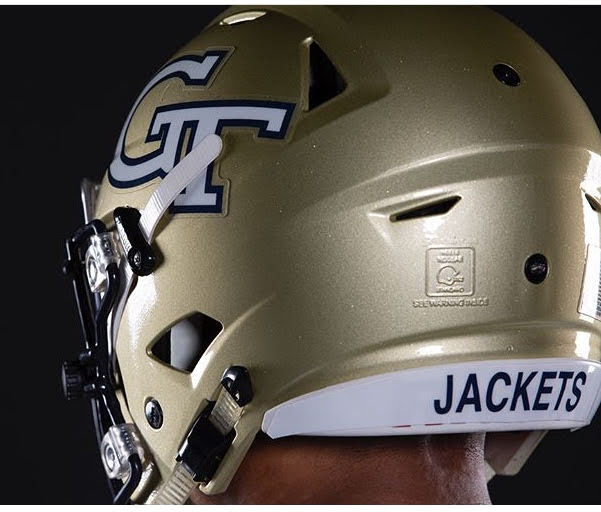 A second white jersey with black numbers was also unveiled (below) to be used in white-out games. One is planned for the Miami game this fall. paired with it will be white pants and a new white helmet (cleverly positioned below so the single pointed stinger stripe can't be seen). The white helmet is an upgrade over the old alternate honeycomb helmet, which looked cool up close but from a distance looked like a dull tan color. Again, a grey face mask would look better than black.

I wouldn't be surprised to see the "white-out" uni worn on the road, or some mixing of the two unis as the season progresses, unfortunately. That's what the jackets have done in recent years. 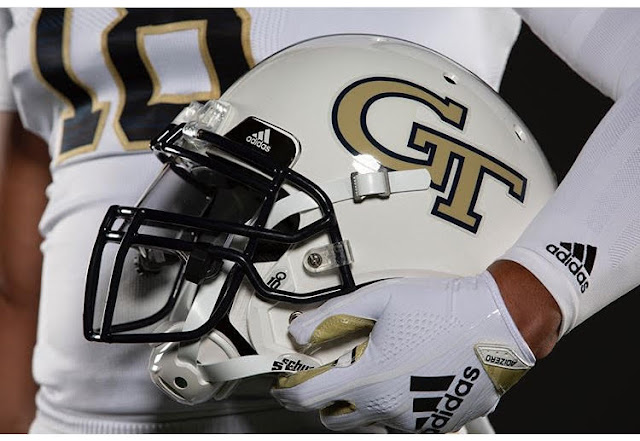 Kinda cool that only white jerseys were unveiled. Very Georgia Tech. But my guess is that later in the year, perhaps by bowl season (should Tech be so lucky), eventually we'll see a gold jersey (or navy - or both). By not unveiling a colored jersey, it'll make wearing one even more of an event. Smart. 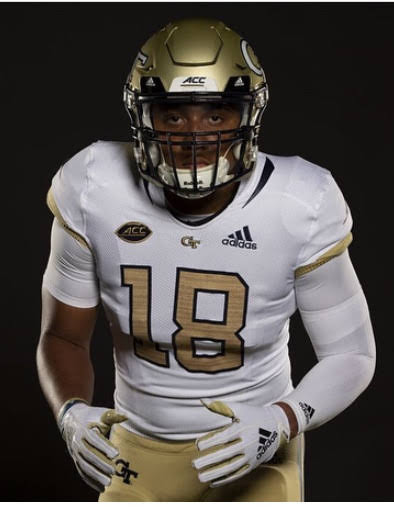 The biggest upgrade: no more three-striped collar on the jerseys. Tech had worn them since the 80's, and boy were those things ugly. Hardly no other team wore them. Thank goodness they are gone.