Good game Friday night, and Saturday and Sunday as well. Interesting that Chipper spent more time acknowledging people in the Arizona dugout than his little brothers in the Braves dugout, but he probably singled out people in the Braves organization earlier at the luncheon. Not that players’ kids are seen that much, but interesting to see Chipper’s oldest son make an appearance, dressed in all black. He seemed at ease with Chipper’s parents and younger sons, and appropriately applauded when Chipper threw out the first pitch.

Also interesting than Uggla was chosen to speak for the players, when McCann might’ve been a more natural choice. McCann might’ve been in the bullpen warming up Teheran. After the game Uggla admitted being nervous and said he hadn’t said everything he wanted to say. Seems like Dan is being quoted more these days. He and Heyward (and Freddie) did well this weekend. Before the game Sunday Uggla made a point of shaking as many of the soldiers’ hands as possible, then he went out and had another good game. Perhaps the new contacts and added responsibilities are helping him come around. When he hit that triple he was flying around the bases. Even before the announcer mentioned it, I was thinking his airborne slide looked Pete Rose-like.

Maholm won his ninth game, and went to 5-2 at home. has been pitching well. Medlen has the lowest ERA since last July first, and Minor has one of the best overall records over that span. If Minor didn’t win Pitcher of the Month for may, he should have. What was he, 5-0? And Teheran might be pitching better than the other four. Having five good starting pitchers means Beachy doesn’t need to rush his return. What happens will be an interesting decision.

Simmons has been up there hacking, and remembered how he used to watch videos of Chipper hitting. This weekend Simmons looked nothing like Chipper. He is getting by on his ability, and not thinking at all. At this point in the season it might not be until next year before he gets over that. Hopefully the hitting coaches are working with him.

Francoeur, Hinske, and Jurrjens were are DFA’d by their teams. Frenchy was hitting .209 for the year, and about .150 for the past month. Some idiot on Twitter thought the Braves could use his bat, and I took offense. Saturday the guy tweeted “game over” after the Braves had lost the lead, before the seven run outburst. I jumped on him about that as well. 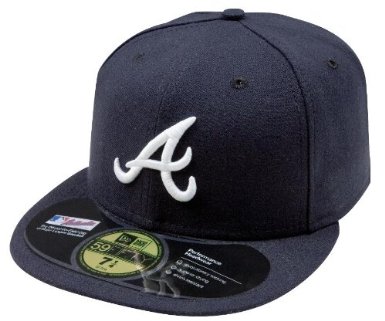 Been wanting a nice New Era Braves road cap for several years. I get paid in Amazon gift cards for logging onto a couple of consumer websites every few weeks, so I used that to get the cap. Ordered it late Thursday night and it delivered Saturday. Of course, five days later I found one in my size at the thrift store, in great shape. $6.95. I passed.

Next I’m thinking about saving up for a Bob Uecker Milwaukee Braves jersey. Good Sports Illustrated article about Uecker, with comments from Jim Powell, who I like. To me Powell sounds a little like Uecker.

The night of the all-star game we have a 7:15 appointment. I’ll hate missing the introductions and pre-game.

In my busyness I haven’t been updating the list of past Braves stats on my blog. Hopefully this will change in July.