This year the Braves got to wear both home and road Memorial Day uniforms. Last week in Chicago the Braves and Cubs wore Jackie Robinson uniforms in their makeup game of an April rainout. Similarly since Monday night's game two was also a makeup game the Braves and Mets did not wear Memorial Day uniforms. Since they probably only had one set of the special jerseys they were plenty dirty from the rain delayed game one. 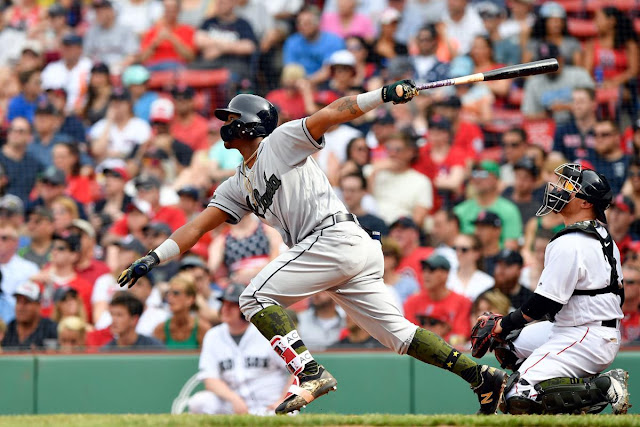 Acuna returned to Atlanta in a wheelchair, but might only miss ten games. More on the rookie later this week.
Good view of the memorial Day socks. 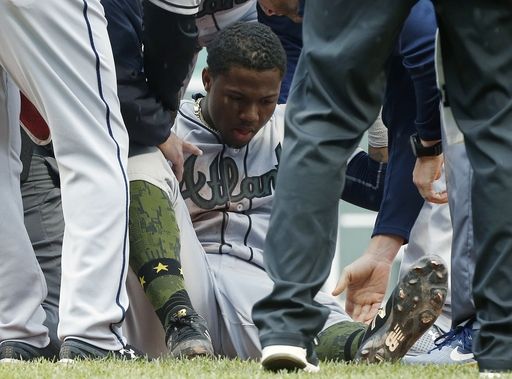 Sunday in Boston Folty took a no-hitter into the sixth inning.
He wore navy sleeves. Some wore green, some black.
A few on the Red Sox wore red sleeves. 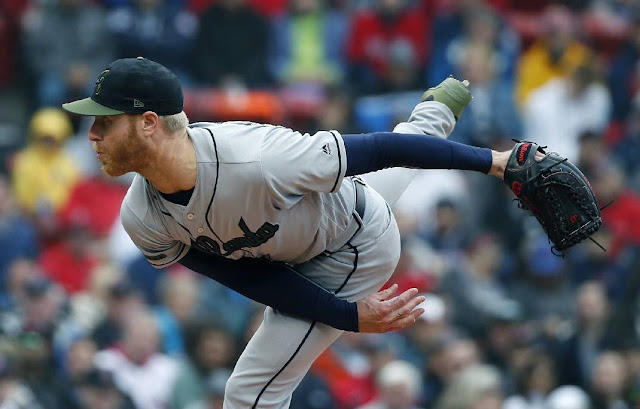 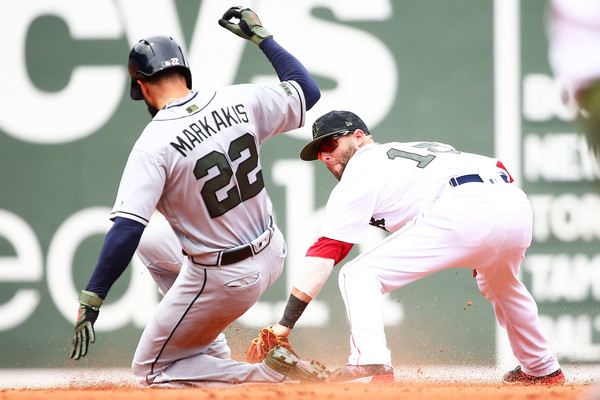 Broke down today and bought this late 70's era Dale Murphy jersey on sale. Would've rather had a Neikro, but it wasn't on sale.
So much for my one jersey a year decree. 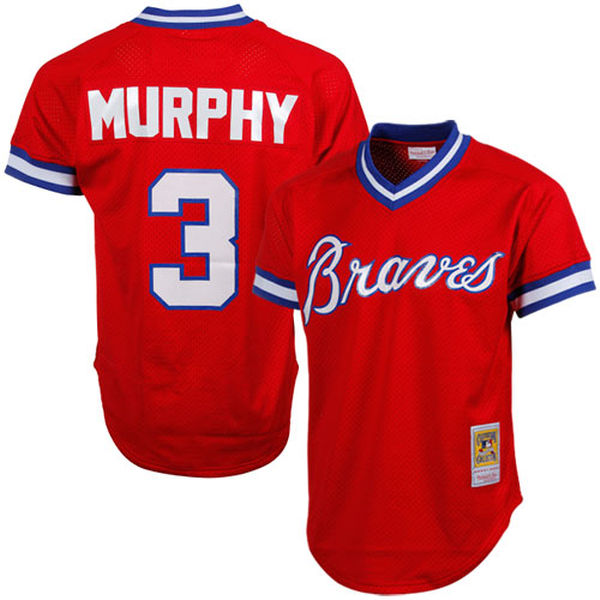 Back in the day the Braves wordmark was ironed on.
We'll see if the jersey is stitched. 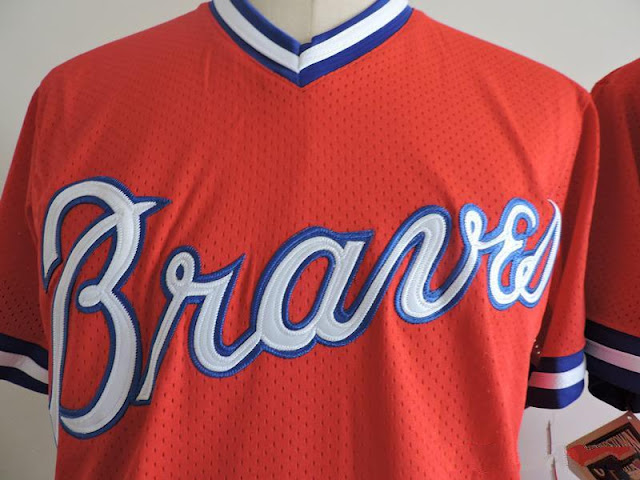 The back looks good. 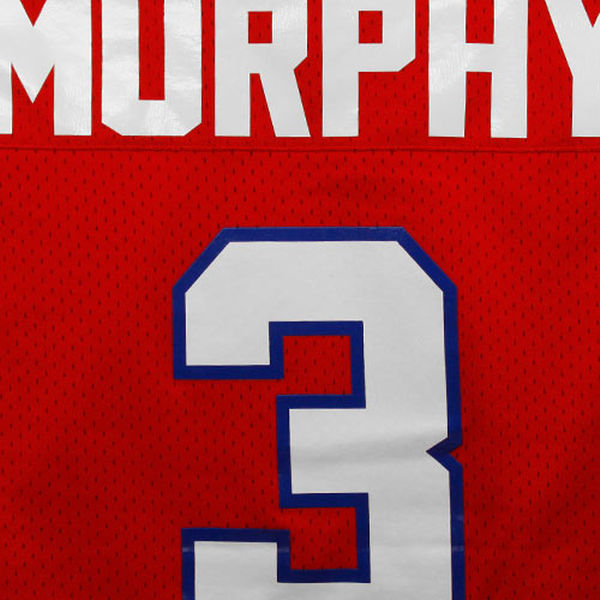 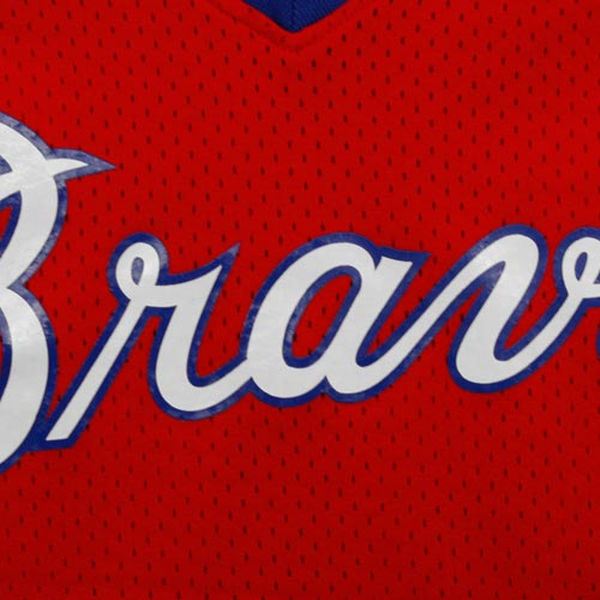 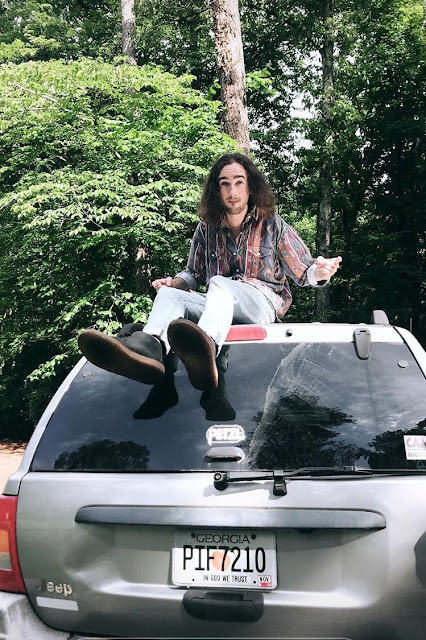