Busy weekend for me. Ate two slices of Mellow Mushroom at the meeting, then another for a 5 pm snack. Needed to leave work but stayed past six. Hung out at the house for a while, then went to Moxie Burger after 8 pm to split our chicken sandwich and fries. We watched the Braves at Moxie. Back home we watched junk about Harry and Meghan and William and Kate. M went to his former high school’s graduation. Saturday he went to a graduation party. Sunday after work he hung out with his old band mates at the Roswell Mill.

Saturday morning Ceil went to the Johnson Ferry Christian Academy graduation. Two hours long. That’s ok for the kids and parents, but it kinda drags for the grandparents and family friends who attend. Will graduated from medical school and the ceremony wasn’t that long. I kept checking to see where Ceil was, and she was there all morning.

I did some cleaning and laundry, then set out on an unintended adventure. M took my car so at noon I drove his to the post office. It was almost out of gas to I drove it to the nearest QuikTrip for the special no ethanol gas it needs. QT was out of the gas, so I drove to the next QT. That QT was crowded. Four cars were parked next to the four special pumps. Three of the cars were unattended. When I pulled in next to one of the cars to wait, the driver finally got out to pump his gas. Took forever. Then traffic was backed up turning left so I turned right.

Was making a U turn and decided to go to the nearby library – but it had been torn down. Then I saw the new library they had built. Had to make another U turn in M’s big car. The library looked like an art museum on the inside. Checked out four books on CD. Headed home. Stopped and parked in a shopping center, and hit up Dollar Tree, a thrift store, and Taco Bell all at the same time. Finally made it home after that and did more laundry.

Later we went to a friend’s son’s graduation party not far from our house. They had BBQ, which was good. Later took Ceil to TJMaxx and Whole Foods. Back home for Braves and Hallmark Channel. M had a friend spend Saturday night. M left for work early. His friend was leaving as we were leaving for church. Barney had gotten into M’s bedroom, looking around for the hiding cat. When we got home from church the door to M’s room was open. For some reason Barney was upstairs in Anna’s room. The cat survived.

JFBC SS lesson on Jonah and the whale. After SS we skipped the service. Whole Foods for a baked chicken. After lunch we went to another graduation party. This one was catered with Mexican food, so I snacked on nachos. Then my haircut, and home to cut grass. I was driving home from my haircut listening to the ninth inning rally. The Marlins changed pitchers. I went inside and C was watching Hallmark Channel. I started messing with my phone and people were excited about the game. Wasn’t sure if it was the previous hits by Freeman and Markakis or what. Was checking it out when Will texted me – “did you see that?” So I saw it on replay. 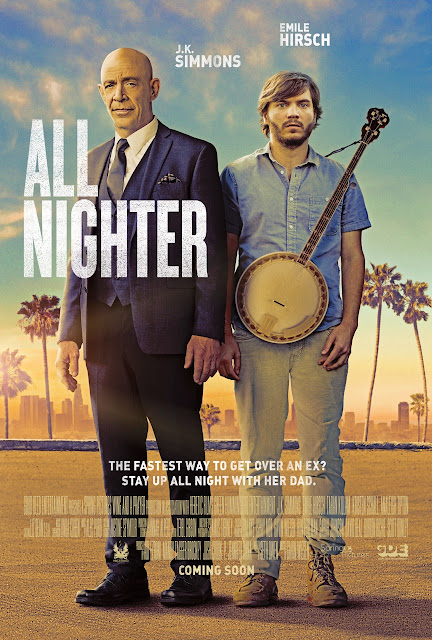 Later Ceil went to a SS gathering to pray for the conversion of Muslims. After the grass I rested. Spent time on my computer and watched a decent movie: “All Nighter” about a dad trying to find his “missing” daughter with her ex-boyfriend. Would've been better without so much senseless cussing and drug use. Then “The Good Witch.”

Forgot my lunch today so I had to run out to grab a bite (Taco Bell). Wendy’s and Arby's were too crowded.