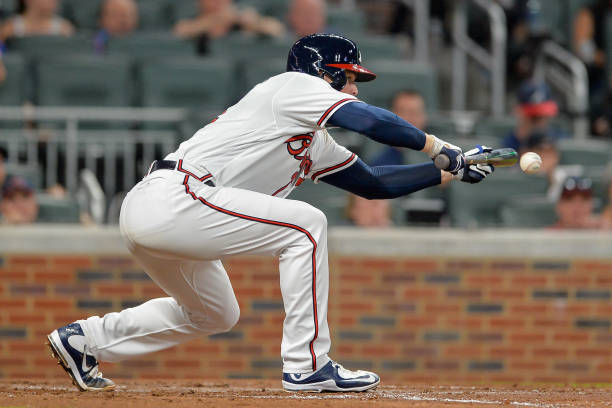 Sean Newcomb appears to be the real deal. Last night I loved the way he squared around to bunt. Looked like Glavine or Maddux.

I broke down and bought one of those red Dale Murphy BP jerseys. Wanted a Niekro, but they weren't on sale.

If Snit were to be fired who would replace him? Weiss or Washington? Do you believe players perform better in contract years? Are there not just as many players who flop in their contract year? Or get hurt? In my little world I'd like to think most players are trying their best every year.

CPA: I think we believe players perform better in contract years because we talk more about players who have good walk years as opposed to players who perform poorly.  We remember JD Drew's career year in '04, but we tend to forget about Andrew Jones falling apart in '07.

I think Walt Weiss was brought in to be the next manager but I don't know if he will get that chance anytime soon.  I don't think either front office regime wanted Snitker to be the manager full time.  However the team finished strong in '16, so Coppy and Hart had to bring him back.  AA missed his chance to replace him when he came in last winter.  Unless they completely fall apart in the second half, I dont see how AA could replace him after this year.

Newcomb and Folty have made big strides.  Everybody talks about the offense - which has been great with everyone but Inciarte putting up an OPS+ of greater than 100 - but it is going to be the rotation that determines how competitive this team is.  I look forward to seeing what Soroka does when he comes back - I don't know how much McCarthy has left.

RW: When today's game in San Diego is over the Braves have about 48 hours or longer before the next game starts in Los Angeles. Do they fly to LA which is about a 30 min flight or shorter and spend nearly 2 days off     OR     do they fly back to Atlanta tonight and then fly to LA on Friday in time for warmups and game ????

ME: Every time may be different, but actually last night someone asked Braves beat writer this question. This morning the Braves players packed their bags and checked out of their San Diego hotel. After today's game the Braves will board a bus and drive up to LA, and spend the off day there. They want to spend as little time traveling and maximize their rest time. Sometimes players will bring their families along on the nicer road trips, and SD and LA during the summer is a perfect example. Freddie Freeman's wife and young son are out there, visiting with Freddie's father. The only downside: the busses will leave SD and immediately hit rush hour traffic.

Also a team try to travel the day before a game, not the day of the game if at all possible. Helps avoid unforeseen circumstances. Every Sunday after the game the team will travel. That's why teams hate playing in the ESPN Sunday Night game. They can sleep late the next day, but sometimes they don't get to the hotel until 3 am or later.

Just realized every member of our little East Cobb small group has a child graduating this year. Growing up Nathan, Daniel, John, and Matthew were always the four musketeers, trick or treating together and such.

The Hall's: Nathan
The Watkins': John
Earhart's: Daniel (Liberty University)
The Chiles': son
The Chu's: son
The Cushing's: daughter (Florida)
The Falis': son in law Blake
The Murphy's: Will

Last Saturday morning I went to Tire Deals for Anna's Jeep, my first time back since they'd been sold a year and a half ago. The new owner (a lady?) had her daughter there running things. Everyone spoke to me, about the weather, the Braves, the Jeep, the tires, etc. Not sure if prices have gone up a little, as those Jeep tires are a lot bigger than my usual Civic tires.

At the reception we sat with a pediatrician and lawyer couple who go to church with Tyler Lawrence, the top rated QB who just signed with Clemson. They say he's a good kid who will be starting soon. Later I talked with the construction guy about the Mercedes Benz Stadium roof. They're working on making it operational, but still have a long way to go. The roof was open for Saturday's soccer game – because they are working on it. The NFL wants it operational for next year's Super Bowl.

Went to Sunday School, then Moxie Burger. Passed on the burger and had a chicken sandwich. Watched some Braves and took a nap. Cleaned up before W&MC arrived. They may be moving to the apartments behind the Howell Mill Chickfila. Ceil cooked Mexican for supper. M got home from work at just the right time to join us. Later we cleaned out the fridge. Watched the NBA Finals.

Monday Will had two interviews, shadowing with the first doctor at Northside Hospital. W&MC have been looking for an apartment, and may have settled on the big building at the northeast corner of 75 and Howell Mill. Their lease is up on July 31. Will has been interviewing but doesn't have a job yet.

Anna, MC, Will, and Ceil all left town. Since I was batching it I worked until eight. In the morning I had written half an email, then at the end of the day realized I hadn't sent it, so I wrote the other half and sent it. Later I made a email mistake that I couldn't fix until the next morning.

Monday night I microwaved a black bean enchilada and grilled a cheese quesadilla. Watched NFL Network, who mourned the loss of Dwight Clark. Also some Braves, National Treasure, Seinfeld on Letterman, and 30 Rock. Stayed up too late. 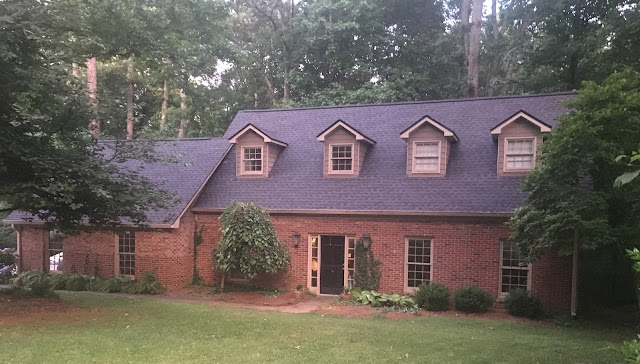 Worked past 8 pm Tuesday night. It was almost dark when I got home. New roof looks good. Made quesadillas with leftovers from Sunday night's Mexican dinner. Watched Seinfeld and the Braves. 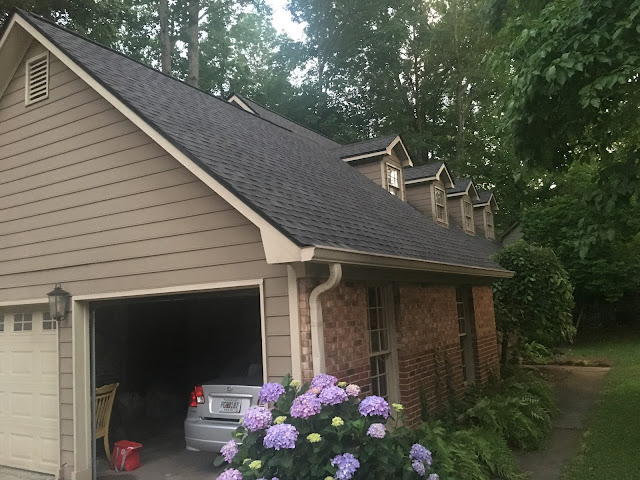 Wednesday: my computer broke! Right before a conference call. I had to work off my laptop, which isn't as efficient as the desktop with 2 screens. Crazy busy again today.

There's a new restaurant near Merchants Walk named Tsunami Taqueria that we need to try. Ceil has been on a pizza kick, and wants to try two pizza places near us.

Joel Norman is looking for locations to open his own coffee shop.

Haley Hurt got sister Margaret a job with her out in Napa Valley, so the Hurts traveled cross country again to move her from her Under Armour internship in Baltimore. Not sure if Under Armour's financial struggles contributed to the decision.

Ever notice the similarities between the first three Star Wars movies and the three The Santa Claus movies? In the first the main character discovers he's more than he realized, in two he learns the job and deals with struggles with it, and in three defeats the evil enemy. Both have the "I am your father" element. 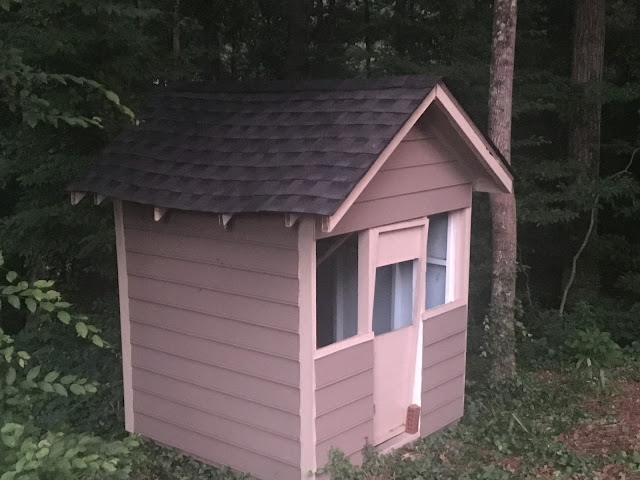