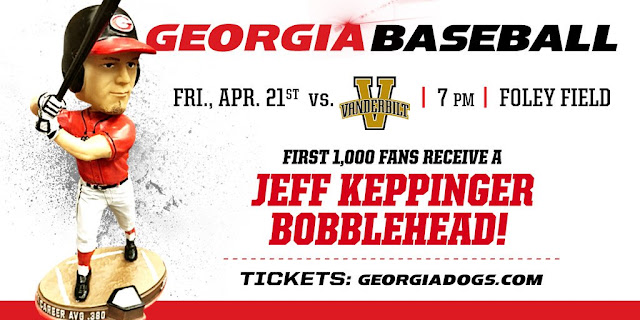 I don't mind going early, and being the first in line, and all the waiting. The whole thing is kind of an adventure.

But for some people it's a racket. Most all of us could use extra money. Bobbleheads are a way to make money. Attending sporting events is expensive, and selling extra bobbleheads is a way to pay for attendance. Since I jumped in with both feet I have come out ahead financially.

I don't have a basement. I don't have a man cave. I don't have a place to display two hundred bobbleheads. I'm pushing sixty years old. It's high time I start getting rid of some of the stuff that I've accumulated over the years. Actually I've already started.

Still, going to games is fun. The bobblehead life has helped me make new friends - something I wouldn't have done previously. It's helped me get out of the house. It's been a good ride, but perhaps it's time to hop off.

Bobbleheads are an addiction. Bobbleheads are like a cult: once you're in it's hard to get out. I could quit cold turkey, but then when would I ever go to a Braves game again?

By the time the game starts at 7:35 I have already invested five hours of my time. I see friends and experience the ballpark, but I'm ready to head out before the seventh inning stretch. At least I beat traffic going home. Going to bobblehead games is a lot of work. It's been a labor of love.

After getting the Dansby bobble last night, today I added yet another to the collection: this year's UGA men's baseball bobblehead: Jeff Keppinger (above). I could've left work early and driven over to Athens early one Friday afternoon and scoped out three or four Keppingers (and sold them) but I passed. It never ends.


The Warriors might boycott their visit to the White House. I don't blame them. I don't like to hang around people that share different viewpoints than I do either. But is that the best? Should we not expose ourselves to different opinions?