Old Miller High School in Macon has finally been refurbished. 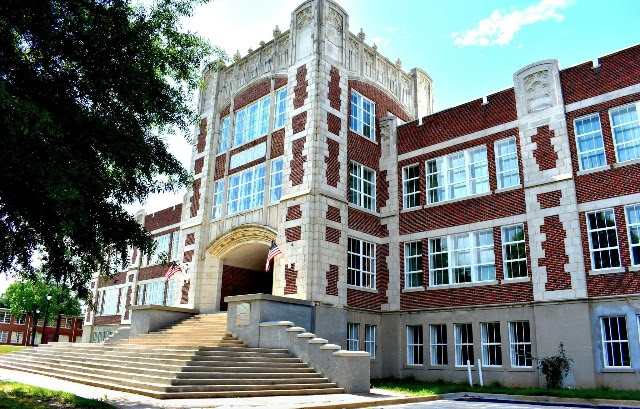 Instead of an eyesore, the classic building looks good again. 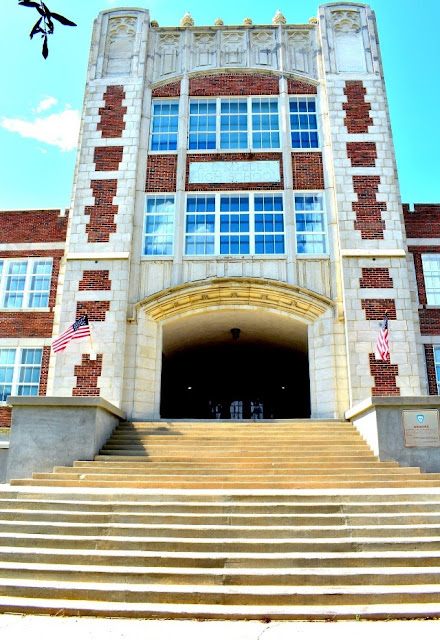 Used to attend pep rallies on these steps. 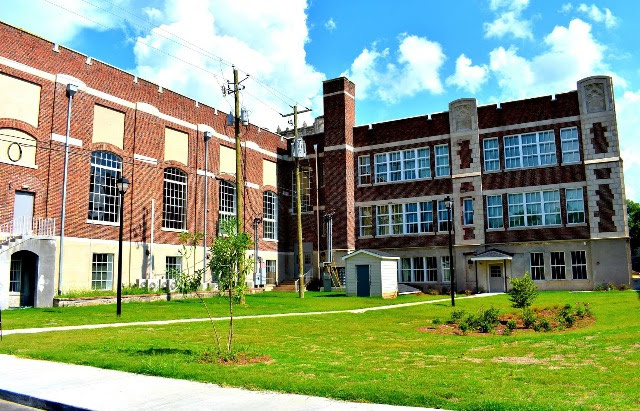 Would make for a good location for one of those movies they're always filming around the state. 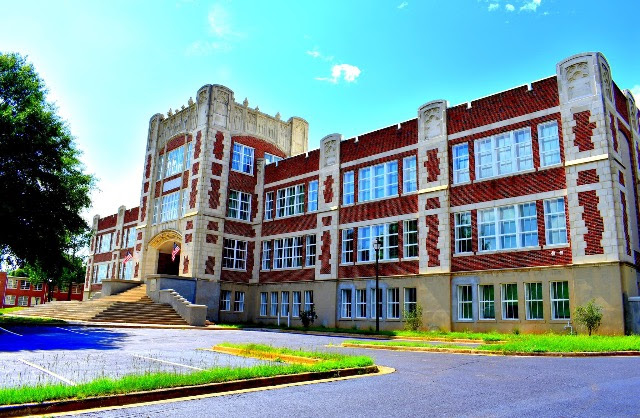 I worked four hours on yesterday. There was plenty to do. Left work at 11:45 and was on the go the rest of the day. Stopped by Taco Bell on the way home. Got home and then ran over to the paint store. Also Chickfila for C and M, so Ceil could keep working painting the downstairs bedroom. Got back with the paint, but then it was time to pick up Barney from his grooming. Also gassed up the CRV. Got home and unloaded the rest of the beach stuff from the CRV. Also unpacked, put stuff up, and did lots of odds and ends.

Did laundry and turned on the replay of Wednesday night's extra inning walkoff win. M went to work. Ceil painted until almost 8 pm. We'd talked about the Tom Hanks movie "That Thing You Do" so I turned it on so Ceil could watch that. At 9 pm I ran to the store. Took longer than I expected. Came back and turned on the Braves. Watched them score five runs to make the score 11-6, then I went to bed. Glad I missed the rest of the 12-11 win. Some say trade Matt Adams now, as his trade value will never be higher. Dave O'Brien says the Braves may get more in return after the season, when several teams will be bidding. Carmargo is also hitting well. Rico Ruiz was sent down to get at bats.

Today my plan was to repeat yesterday. Plenty to do around the house. Had to go by the paint store again.

Anna might come home Saturday. She's had a rough week at camp.

I hadn't told you about last weekend. Took C to the Braves game Friday night. Saturday was spent getting ready for the trip. Took a load of stuff to donate to Atlanta Union Mission. Snuck in visits to four thrift stores. Saw Holly Mullen. Got my hair cut. Gassed up the CRV. Did laundry. Cut the grass. Wore me out. Sunday morning I packed the car and we shoved off at 11 am, which is good for us. C wanted to drive through downtown, which was jammed as usual. Stopped at McDonalds in Lafayette. Rained from Montgomery to the Florida line, but was beautiful after that.

Ceil packing for the beach "Have you seen my glue stick?"