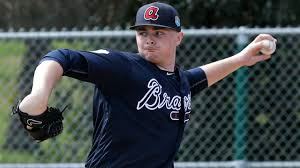 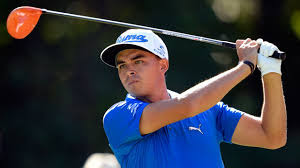 Monday: had our first dance class. Left work at 4:40 but was arranging a shipment on the way home. Picked up Ceil at 5:20 and made it to the studio early so we could sign up. Ceil’s friend Nancy recruited about ten couples to take 4-6 lessons this summer. We knew two of the other couples, plus Nancy and Lee. Not sure I got all the steps, but it was ok.
On the way home we stopped by Target and BP, and shared a combo plate at El Porton. Almost nine by the time we got home.
Watched a good chunk on the Finals, then at halftime turned over to the end of the Braves game. So I saw only most of the good parts. Good for Foltynewicz to have a bad game and the Braves still win. When Freeman comes back Adams will at least pinch hit in every game. Adams had that clutch walk in the 9th. Nice to take game one in Washington. The Braves have been winning lots of game ones. Would be nice if they could win another in DC (they did!).
M came home from work with fixings for a Mexican meal. Still worried about him after his rough weekend. Tomorrow he’s taking Ceil to Douglasville to meet his girlfriend’s mother.
Gonna by a busy week. Customer is busy and getting ready to be out means working extra beforehand, but one coworker is out today, then two coworkers are out Wednesday through Friday and a third out Thursday and Friday – leaving just one other coworker and me.
Tuesday: worked past six. Drove straight home. Cooked grilled chicken with onions, squash, and baked small potatoes. Later I had a peanut butter cookie for dessert. Helped clean the kitchen. Nothing on TV except the Braves and Last Man Standing and The Middle. After work M spent the night with a friend’s.


I missed the play, but this morning on 680 they were talking about Nats second-baseman Daniel Murphy asking the ump to move so Murphy could see, and the ump wouldn’t move – and cussed out Murphy for asking. Umpires are supposed to be seen, not heard. People don’t come to the ballpark to see umps make calls. So many have forgotten that, and gotten too big for their britches.

For years and years I keep hearing about Buckhead revitalization plans, and see drawings of tree lined streets with medians and such. I see a little progress, but always more plans than progress. Peachtree is jammed with three lanes now. If they add medians and take away lanes, even turn lanes, seems like traffic would be worse.
For years my grandmother would get her Ford Comet serviced at the red brick gas station at the southwest corner of Peachtree and Piedmont, where the Rooms To Go is now. Across the street was a new car dealership.