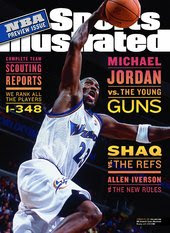 Realized I should've been taking notes the whole way through the Michael Jordan book I'm reading.
Roy Williams was a graduate assistant at UNC when MJ was being recruited. Williams went out of his way to arrange things for Jordan and his family, like arranging for him to play in the Dapper Dan national tournament, something Dean Smith probably didn’t want to happen. It was at Dapper Dan that Jordan became known as one of the best high school players in the country. MJ had grown up a NC State fan and hated Carolina. He considered UCLA and would’ve liked to have signed with Virginia to be Ralph Sampson’s teammate.

Jordan left basketball after the Bulls’ third championship. That’s when he played baseball. MJ was drained from basketball and his father’s murder, which the book details. There had been inquiries about MJ’s huge gambling debts. He even had to testify in a court case about them. But the book discounts rumors that the murder and his first retirement were linked to gambling. While MJ played baseball the Bulls continued to pay his basketball salary, which by then was low to what other players were receiving.


After MJ played for the Birmingham Barons, that fall he played in the Arizona Fall League. By the end of the season he was starting to hit better. The next February a labor dispute delayed the start of baseball’s spring training. The White Sox wanted MJ to cross picket lines and become a scab, in an effort to sell tickets. Jordan refused. If there hadn’t been a baseball strike, MJ might’ve played baseball a second year. Instead he returned to the Bulls, who lost to Orlando in the playoffs.
Then the Bulls won the next three championships. After the Bulls 5th championship as Chicago went into the next season, team GM Jerry Krause held firm that coach Phil Jackson would not return after that year. Jordan said if Jackson left, he would retire. That’s the way the whole season went.

Only after the Bulls won their 6th championship did Krause relent and offer Jackson a one year contract. Jackson didn’t want to be the cause of Jordan’s retirement, but wanted at least two years. Krause and owner Jerry Reinsdorf held firm. The owner was getting richer and richer and didn’t want to pay millions for a coach. Krause was ready to retool the team. The book hinted that Krause was jealous of all the credit Jordan and Jackson received. The GM got no credit for the six championships, so he wanted to remake the team so he’d get the credit. It never happened. After Jackson left, Krause traded Scottie Pippen to Houston. Only then did Jordan announce his retirement.

Later the owner of the expansion Bobcats called MJ and offered him a minority ownership, plus a role in shaping the team. One of the first years the draft pool was weak and the Bobcats picked Adam Morrison, which turned out to be a bust.
MJ's competitive nature came out in his hall of fame acceptance speech, where he even blasted Dean Smith for not allowing his freshman sensation to join his four upperclassmen on the cover of Sports Illustrated. 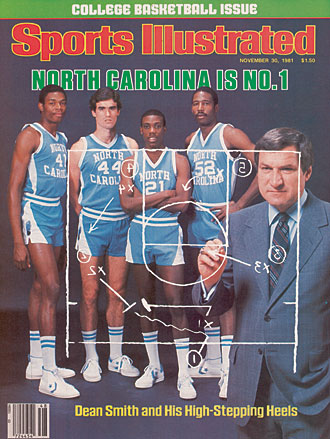