Friday night I retweeted the Hawks text to win tickets,
and yesterday I won tickets to today's game against the Bulls. 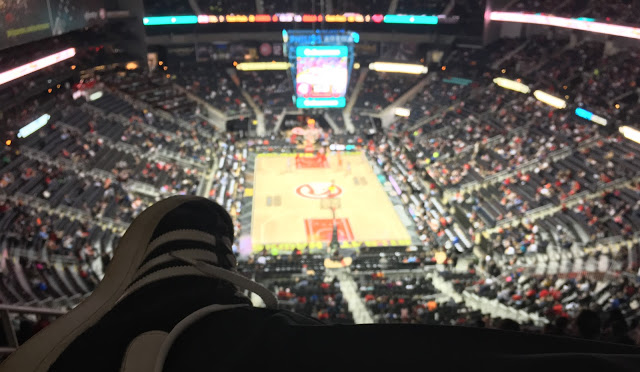 To "save" time I passed by the North Springs MARTA station and parked at the Perimeter Mall station. When the train arrived it was filled with soccer fans headed to the Atlanta United game in Mercedes Benz Stadium.
The train was so packed I couldn't move my arms to take a picture. 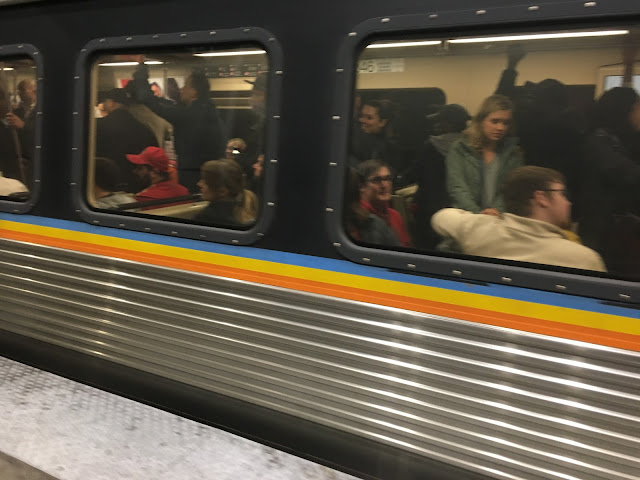 To avoid the switch onto a packed westbound train at Five Points,
I hopped off the train at Peachtree Center and walked to Philips Arena. Climbed over seventy steps on the long escalator.
Pretty sure I saved time. My seats were in section 315 row M,
where you could see the backs of the banners in the rafters. 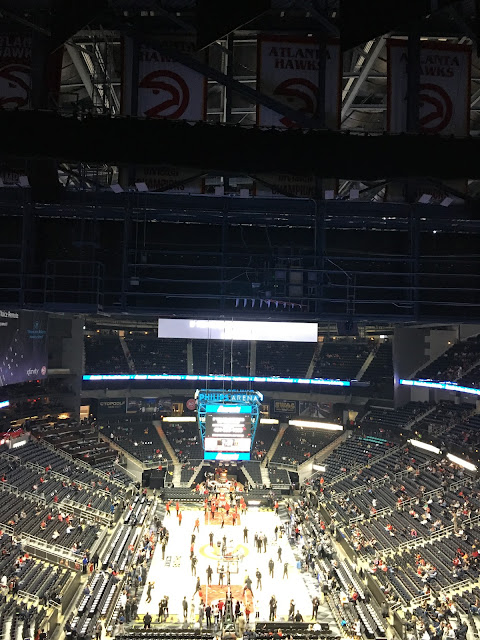 When I snapped this photo there weren't many fans walking past toward the stadium, but you can see all cars parked in the lots and gulch. 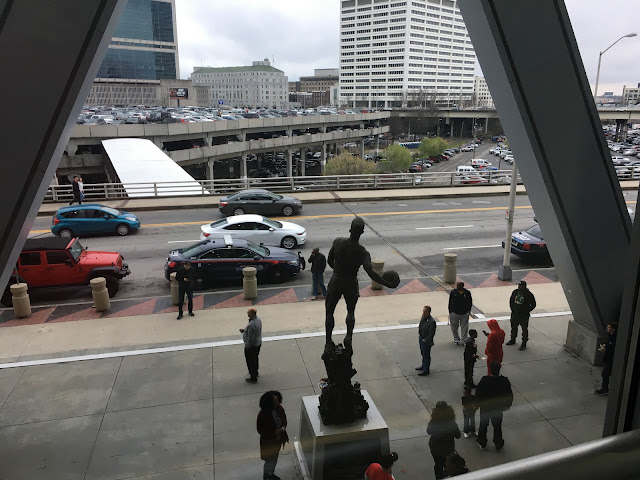 A children's choir sang the national anthem.
Took this video of the pregame introductions and opening tip. 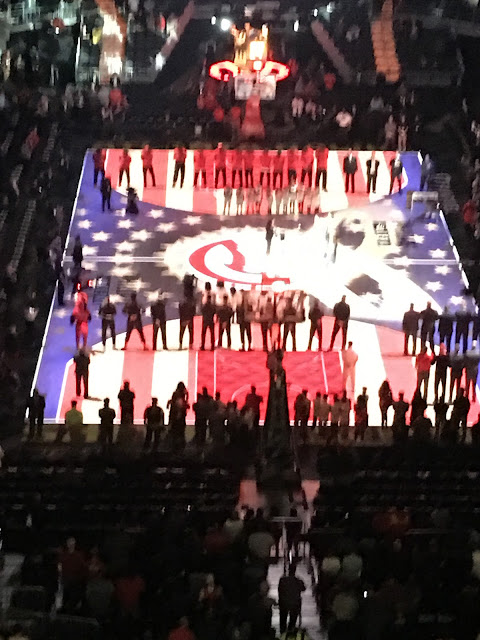 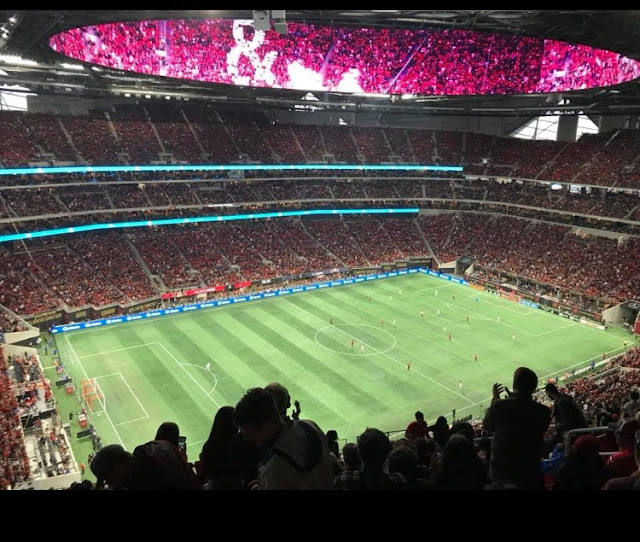 Interesting to learn the old jumbotron was moved out into the mezzanine. 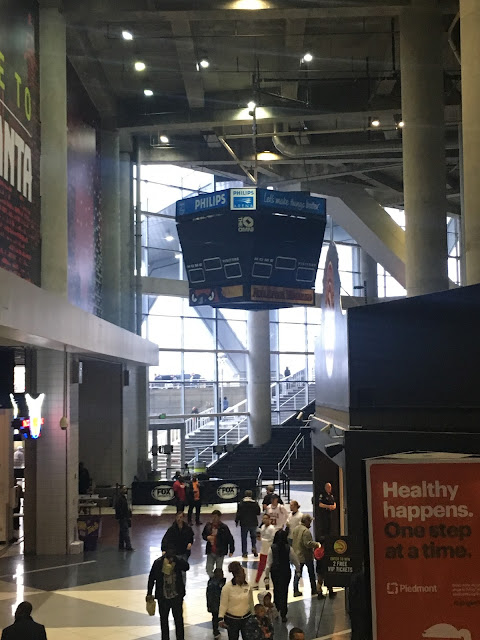 After leading the entire first half the Bulls came back to win. Hawk Taurean Prince scored 38, more than a Hawk had scored in the past ten years. 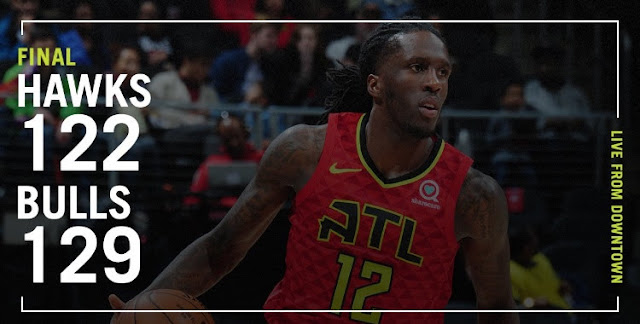 Good view of Mercedes Benz Stadium from Philips Arena, with the MARTA station at the lower right. I could see the game being shown on the halo board. I'd hoped to beat some of the record crowd to MARTA,
but thousands of soccer fans had the same idea. 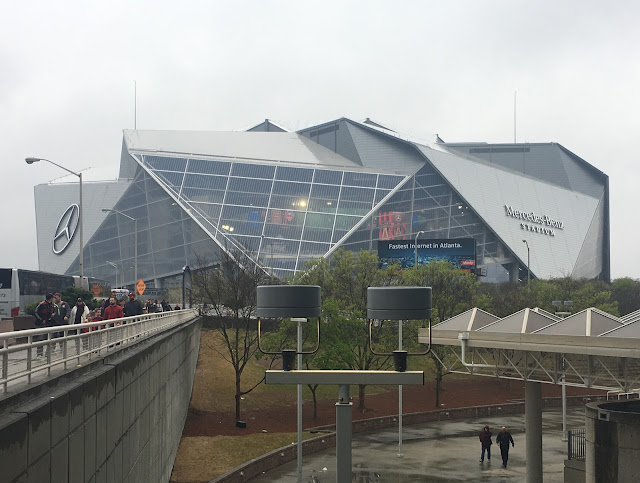 The eastbound train was jammed,
but there was a little breathing room going northbound. 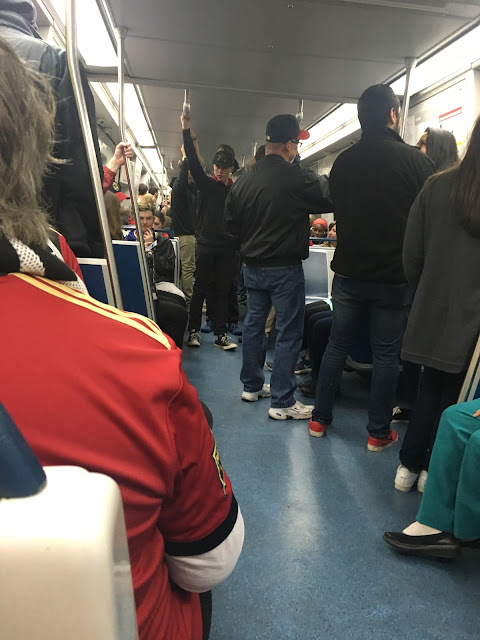 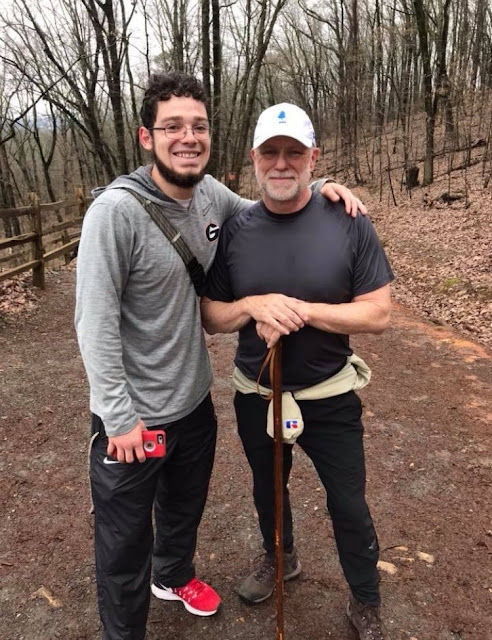 Meanwhile in Washington, after riding bikes yesterday
Anna toured the Museum of the Bible today. 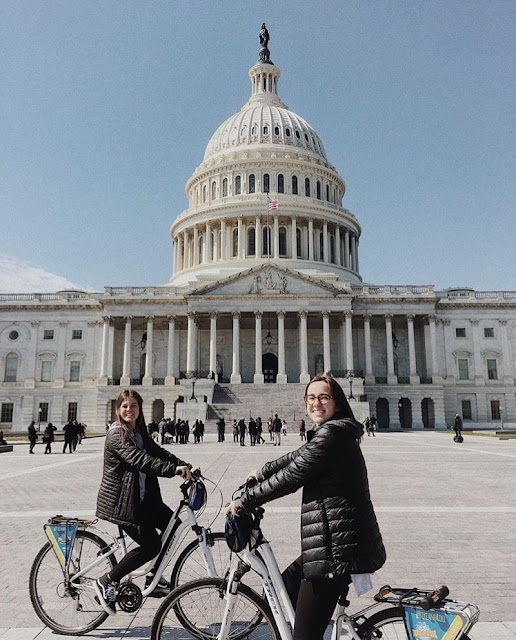 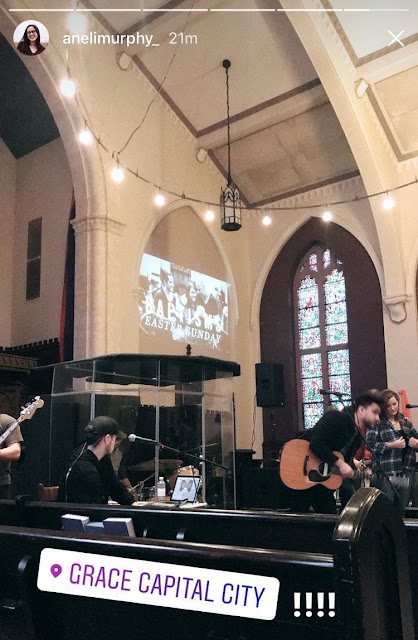