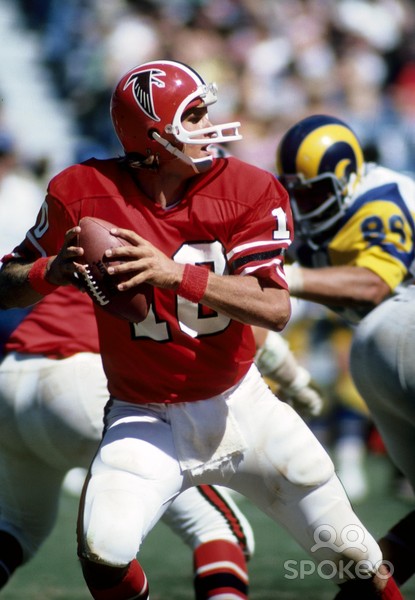 Steve Bartkowski’s number ten has been retired by the Falcons. Beloved by fans – first as a young playboy, then as the graceful veteran. Often injured, Peachtree Bart led the team to a last minute loss in the NFC championship game.

QB Scott Campbell at least started a few games. Backup Leo Hart from Duke looked good but never did anything. Dennis Claridge was on the first Falcon team in 1966.

UGA: Eric Zeier was never one of my favorites. Always looked too serious, even now in the radio booth. Along with Fran Tarkenton and LB Thomas Davis, Zeier was one of three number 10’s to make All America in Athens. Also Ray Goff and Larry Rakestraw 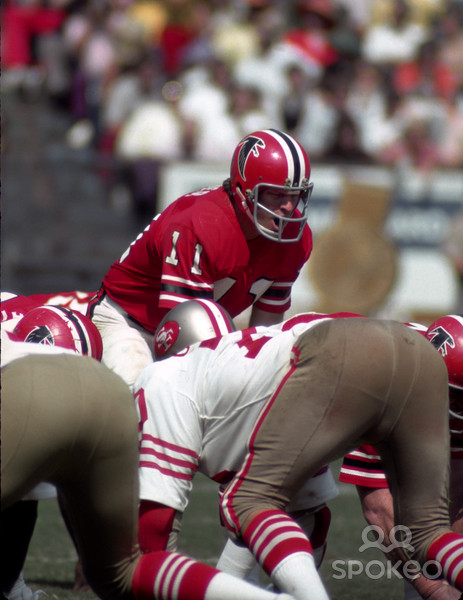 Receiving beast Julio Jones is the greatest number eleven, but at least he had a tiny but of competition. QB Randy Johnson was one of two first round draft choices made by the expansion Falcons. He took a beating while in Atlanta.

Troy Bergeron was a star on the local arena league team but only lasted one year with the Falcons.