Korver in the House

LAST FRIDAY: Busy day at work. Ate at Moxie Burger, where the TV’s were tuned to the US Open. Drove down to Perimeter Mall. After over a decade of bad designs I am enjoying checking out sneakers again. Found several I liked: running shoes, Kobes, the new KD8, and more. Looked for the violet pair Anna had ordered but couldn’t find them. Anna and Matthew were down at a service at Grace Midtown, and earlier Will had gone rafting on the Chattahoochee. Back home I was tired and had a little computer work to do. Thought about the Dream but Ceil was watching TV.

Missed ARod’s 3000th hit. When ARod came up to bat the pitcher was thrown a specially marked ball, marked R1, as I recall. That’s what was on the ball caught by Zack Hample. Minutes after the home run a representative from MLB came into the stands, checked the ball, and placed a special sticker of authenticity on the ball – so the MLB rep authenticated the ball. Hample posted pictures of the ball on the internet both before and afterwards – same ball. Saturday he was on ESPN and on the Today Show on Sunday.

ARod said he has never collected any other of his milestone baseballs, and won’t pay to get it back. The Yankees made lowball offers for the ball. Hample collects baseballs (he has over 8000) and plans to keep the ball. He says if he sells the ball the proceeds will go to a charity. Had ARod fouled off the R1 ball the pitcher would’ve been given the ball marked R2, and so on.

I first wrote about Hample almost two years ago: http://sacrificefly.blogspot.com/2013/08/zack-hample-ball-collector.html

SATURDAY: Housework, eBay, and the US Open. C and M painted, then went grocery shopping. Watched the Braves and the US Open. Read news about Zach Hample, the ball collector who had caught ARod’s 3000th hit. He is a person I am well familiar with, from reading his block and other stories about him. 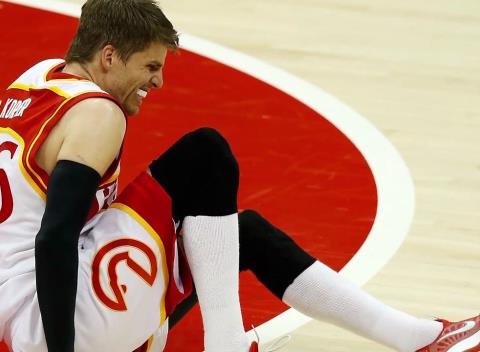 SUNDAY: Passion 10 am service where Louie interviewed Kyle Korver. The Hawk guard’s father and grandfather are preachers. With two young kids he catches up with sleep on the road. Louie remembered after Saturday night road game in Miami he saw Kyle at the 10 am service on Sunday morning. KK said when he was traded from Chicago at first he wasn’t happy about it. KK’s mother was there, and KK exaggerated her high school career, first correctly mentioning her 70 point game before saying “was it 80? Or 100?”

Before the interview two basketball goals and two ball racks were wheeled out. Kyle limped onstage in an ankle brace from his recent surgery and sat in a chair facing one of the baskets. After shooting an airball, Louie called up the GT tennis coach and Kyle beat him in a shooting match. Then they called up a little kid and asked if he wanted a warm-up shot. It swished the net. After their shoot-off the kid was declared the winner. LINK I think Kyle beat him even though he wasn’t trying as hard. KK had figured out quickly to bank the straight-on shots off the middle of the flimsy backboard, and the shot would fall through the hoop almost every time. Next they called up a Hawks player: Kent Bazemore. This fueled KK’s competitive nature. Bazemore hit 9 shots – but KK hit 23 - IN A ROW, before missing. LINK

After the service all the dads were given a nice Bible, and there was free ice cream. We spoke to Becky Norman and all the Gilberts. Once again everyone from both families were together except W and MC – they were at Mt Vernon again. Back home C and M grilled burgers, served with baked beans, slaw, and fries. M and I tripped to a thrift store. Got back to watch the Braves and the exciting US Open finish. Anna and Matthew went down to Grace Midtown again.

Uni Watch ran a photo of my dad from 1945 along with a quick paragraph I had sent in. Click on this link and scroll down to about the 10th photo down. The whole article might be a little interesting. http://www.uni-watch.com/2015/06/21/our-fathers-ourselves/   Next year I’ll send in the picture of him in a football uniform, with a longer write-up. Everyone was supposed to keep the word count below 100. 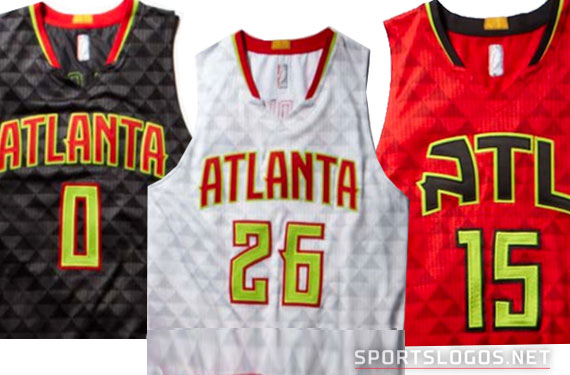 See the Hawks new uniforms? An improvement over the old ones, though I liked the old plain red ATL unis. The team can’t be happy with the AJC exposing the story a day early.