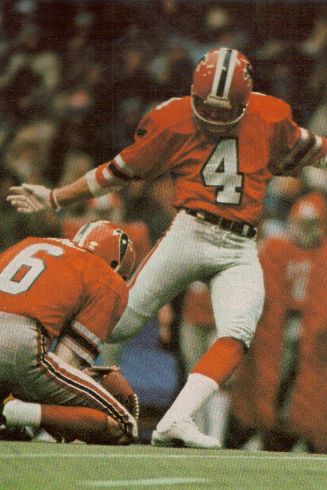 Back in the day kicker/bartender Tim Mazzetti was the toast of the town, kicking five field goals to beat the Eagles in the playoffs. For this he gets the nod as the greatest number four in Falcons history.

Brett Farve is the greatest number four in NFL history. He wore the number while in Jerry Glanville’s doghouse. More NFL:  Jason Hansen is Detroit’s all time leading scorer. Hall of Famer Tuffy Leemans. Adam Vintari won two Super Bowls with his foot.  Jim Harbaugh wore 4 for the Colts and Steelers, and Clemson great Steve Fuller wore 4 with the Chiefs and Bears.

Braves: Jeff Blauser and Omar Infante made the All Star game. Rookie catcher Bob Didier was clutch down the stretch for the 1969 Western Division Champions. Larvell Sugar Bear Blanks hit into a triple play and never panned out. Biff Pocoroba’s name was better than his game. The Iron Man Lou Gehrig was the only player to wear the number for the Yankees.

Hawks: Spud Webb won the slam dunk contest. Dolph Schayes is the most famous number 4 in the NBA.

UGA: Neither Champ Bailey nor Keith Marshall were too shabby.

The Falcoholic appears to have skipped the number. My take: not a great number until Blauser made it cool, then Farve hit it out of the park. 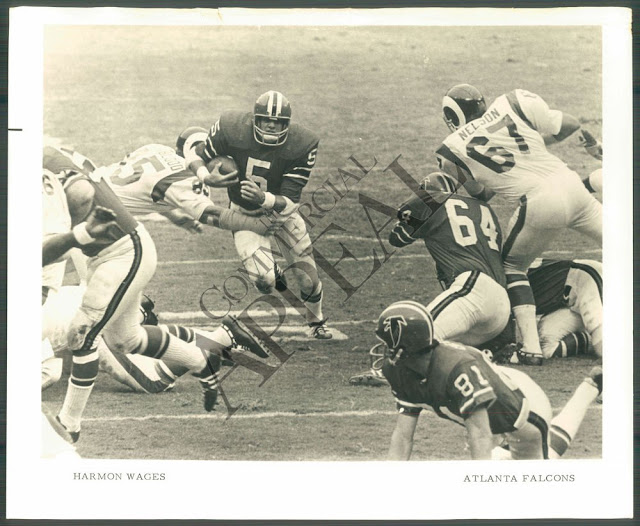 The Falcoholic patted itself on the back for reaching back and proclaiming Charmin’ Harmon Wages as the greatest number five for the Falcons, and the readers filled in lots of gaps on his career. Wages was a favorite with the ladies but not his head coach. Advertisements in the game program features Wages and his NFL 5 license plate on his sporty Ford Thunderbird. My sister stood in line to have her picture taken with him. I was at his great run/catch/pass three touchdown game against the Saints. Was this one game- and Harmon’s popularity - enough to earn Wages the Greatest Five proclamation? 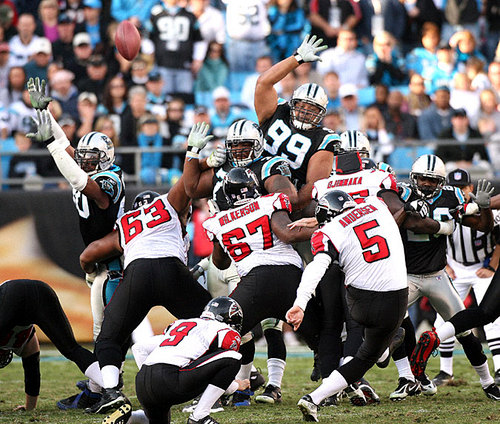 I say no. The Falcoholic may dislike kickers, but clearly Morten Andersen contributed much more in his Falcons career than Wages – including the game winning field goal in the NFC Championship Game that sent the Dirty Birds to their only Super Bowl appearance. Andersen retired as the NFL’s all-time leading scorer.

Johnny Smith may have been Georgia Tech’s last straight on toe kicker. Stephen Hill was tall and athletic but dropped passes at Tech and with the Jets.

NBA: Both Kevin Garnett and Bill Walton wore number 5 with the Celtics.

My take: Joltin Joe DiMaggio made five one of the best numbers. While kids fight over number seven for several reasons (Mantle, Jesus, etc) I’d take five in a heartbeat. Will wore number five for several years.