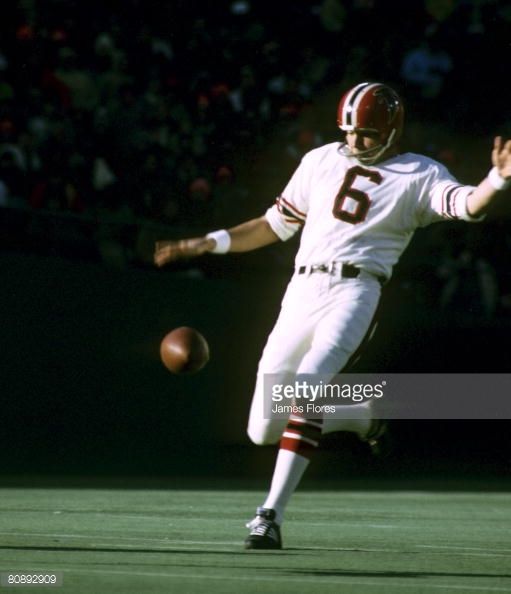 Others: Ali Haji-Sheikh made a name for himself with the Giants. Kicker Steve Hauschka from NC State.

The Braves have a few famous number 6’s. They retired the number for Hall of Fame manager Bobby Cox. Before Bobby the number was worn by Gold Glove third-baseman Clete Boyer, Tony LaRussa, and slugging second-sacker Davey Johnson. 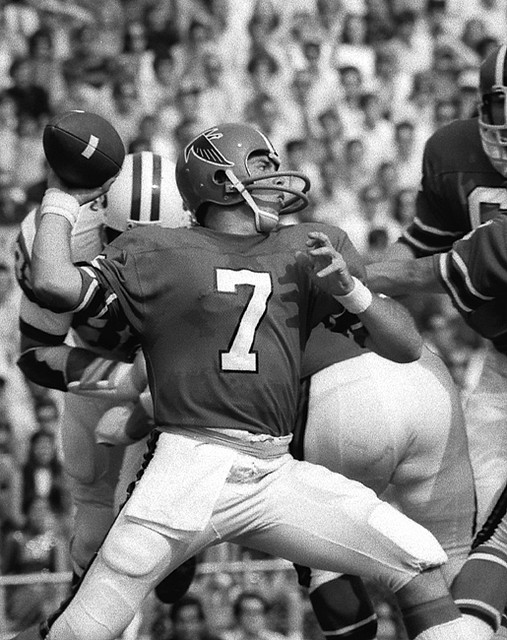 Number seven is perhaps the most beloved number in sports. Mickey Mantle made it so. It doesn’t hurt that seven is God’s favorite number as well. Seven stands for perfection. Appropriately, seven has not proved to be a great number in Atlanta. In particular, no Falcon, Brave, Hawk, or Jacket distinguished themselves wearing number seven.

The injury-plagued Michael Vick wins by default, leading the Birds past the Packers at Lambeau to the NFC Championship Game before his jail term.

Honorable Mention: winner Pat Sullivan from Auburn. The Birds traded up to draft the Heisman Trophy winner, who contributed little to the Falcons’ success. NOTE: I attended the Falcons/Jets preseason game at Grant Field pictured above.

Also four other backup QB's: the steady veteran Hugh Millen, Perry Klein, Browning Nagle, and the deer in the headlights Tony Graziani. The inconsistent Wade Trayman holds the honor of being the first Falcons kicker to be hated by the fans.

Braves: Jeff Burroughs. Joe Pepitone. Jeff Francoeur. Gil Garrido. Brad Komminsk. Kenny Lofton. JD Drew. If I were a Braves I would stay away from the number.

UGA: Matt Stafford did well enough to become the number one overall pick in the NFL Draft. Orson Charles made All-America. Running back Rodney Hampton was named Team Captain. QB Jeff Pyburn came off the bench to beat Tech.