Sunday night and Monday morning the buzz on social media was about two things: The Walking Dead and the Falcons woeful performance. I’m sure I wasn’t the only one to make the connection. My post “Thought I was watched The Walking Dead last night but it turned out to be the Falcons.” Got a bigger response than I usually get for more creative jokes. Why was that? Usually I hate to pile on a team doing bad. I wasn’t surprised the Falcons lost. They haven’t played well all season, and they were playing on the road against the Super Bowl Champions. Any knowledgeable fan would’ve known going in it was a tough game for Atlanta. Who would’ve bet on the Falcons? Not me.

Sure, the joke was topical. Millions watch The Walking Dead (not me) and perhaps comparing the Falcons to a bunch of zombies is appropriate. Not that I come up with the most clever jokes in the world (my goal) though I’d like to think my jokes wouldn’t be predictable or worse, puns. Oh how I hate puns. No creativity there. People may love them and share puns with me, though I’d like to think my friends would consider my sense of humor to be a little more advanced than that. 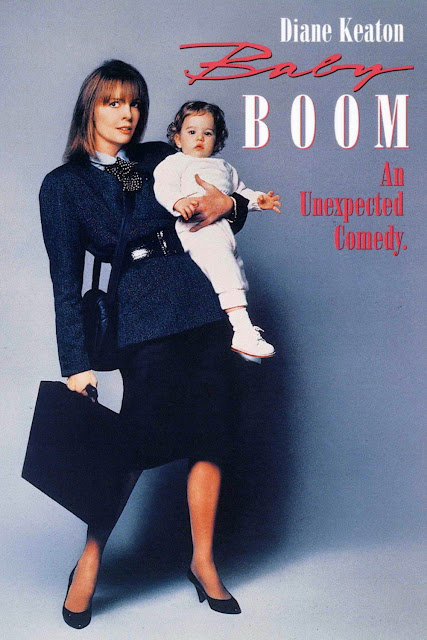 Watched the movie Baby Boom last week. Stars Diane Keaton and Sam Shepherd. Big city businesswoman inherits a tiny baby, quits her high level job and moves to the country, and falls in love with the small town vet. Happens every day. Got me thinking, would Hollywood make this story into a movie today? Sure, she creates a hot new product line (gormet baby food) potentially worth millions of dollars. Just seems like the woman in the story seems too small town / red state for Hollywood these days. I am probably wrong. Perhaps if she hires a bunch of illegal aliens to cook and can and package and ship.

Friday afternoon Sam stopped by to tell me my tire was flat. I’d known I had a slow leak. Had enough air for me to drive a mile over to QT to pump it up. Left work at 5:30. C was still sick. I stopped at Kroger for hot dogs and French fries. C made cole slaw. Watched “Baby Boom” with Diane Keaton and Sam Shephard. Watched the end of the Astros win. I think both Gattis and McCann were interviewed.

Cleaned up upstairs Saturday morning, then dropped the car off at the East Cobb Chevron across from Trader Joes. While I was out I gassed up the CRV and got some gas for the mower. A couple weeks before I had added an additive that the mower place had recommended to the gas can, but the mower wouldn’t start for anything. So I drained the mower and put in the new gas without the additive, and it started right up. So I cut the grass.

When I picked up my car Ceil was headed to the grocery, so I went shopping for a leaf blower at Sears in North Point Mall. Also stopped by Lowes and three thrift stores. Picked up a Matt Kemp bobble for two bucks.

Watched College Game Day at Penn State, some of FSU/Louisville, Bama/Tennessee, and of course GT/Wake Forest. Ceil made pizza for supper.

Sunday I met Will at SunTrust Park for the season ticketholder play day. We figured it would be tough to throw in the bullpen and hit in the underground cages, so we did those first. No wait. I hit a few good line drives. Hung out in the dugout and had a catered BBQ lunch in the Chop House. The BBQ yesterday at SunTrust Park was super. Came from the Terrapin Taproom there in the park. Chopped up fine. Also mac & cheese (not too cheesy), good cole slaw. I skipped on the baked beans and bread. I did eat a brownie and rich chocolate cake.

Toured the press box and clubhouse, then played catch in the outfield. Will got to hit on the field and did well, slugging one to the warning track. Left around three. I was exhausted, so I didn’t do much the rest of the day. Didn’t eat cause I was so full from the lunch. Watched some of the Falcons then went to bed.

Monday morning I was still super tired and sore from yesterday. Will had me throwing and catching and leaning over and swinging. Worked past six on Monday. M cooked a Mexican style soup for supper. Very good and not too spicy. C works late on Mondays. When she got home she started cleaning – W&MC are spending the night tonight. So when I got home I helped clean. Cleaned out Anna’s bedroom, putting stuff in the attic where it belonged. Some stuff found its way into our bedroom, where I had just cleaned out this past weekend. I cleaned up until 10 pm. My back was hurting. At that point I plopped down and watched The Good Doctor. Didn’t get to bed until 11:30.

After blowing the driveway late Sunday afternoon, the rain on Monday didn’t blow down too many leaves. I’ll have to blow again before Halloween.

I think I have enough candy for Halloween. The good stuff: Butterfinger, Baby Ruth, Snickers, Reeses, M&M’s plain and peanut. But we always eat at Chipotle, so we miss many trick or treaters.