After Catalyst day one I was sure Friday would be anticlimactic.
No way the speakers and entertainment could top Thursday:
Stanley. Tebow. Foxworthy. Hillsong. Donut Don. But no.
Friday started strong with anti-human trafficker Christine Caine (below),
and got better from there. 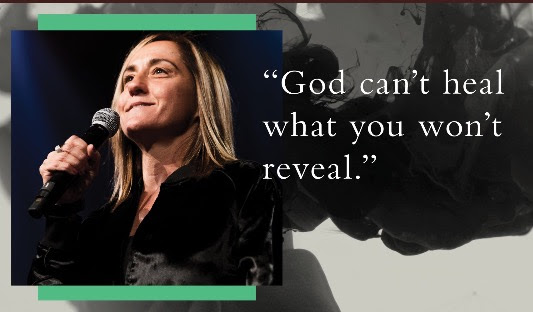 The morning opened with co-hots Scoggins and SoJo hosting a quick karaoke contest. A big guy sang Cyrus, then the girl picked Living on a Prayer. She started soft, then revealed herself to be a ringer - belting out the rest of the song. She was joined by the world champion hip hoppers as backup dancers, and the band on the stage. Afterwards a quick recap of day one was shown. 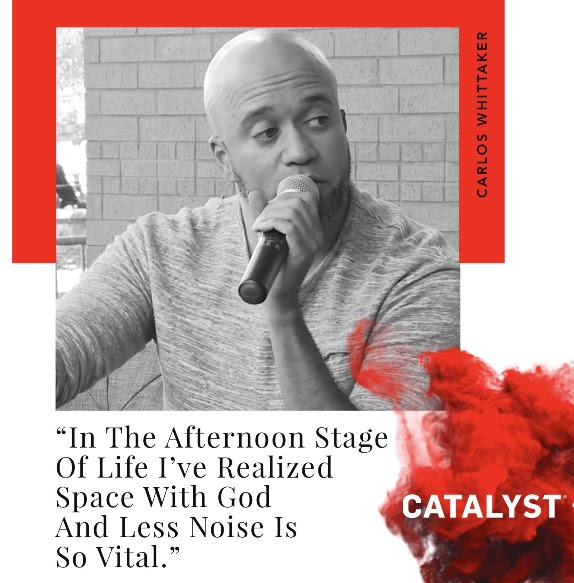 When musician/pastor/blogger Carlos Whitaker worked at Buckhead Church, a Single Ladies video he'd taken of his family went viral. They appeared on Anderson Cooper, CBS This Morning, several other shows, and won a People's Choice Award. 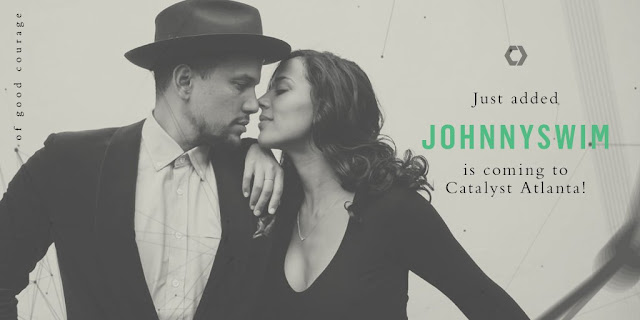 I must've been the last person on earth to know about JohnnySwim. Veterans of Letterman, Leno, Ferguson, and other shows. Strong vocals. They paid a visit to the Puerto Ricans in the stands.

One of the singers in the Catalyst Band was the daughter of Fred and Cindy Pitts. 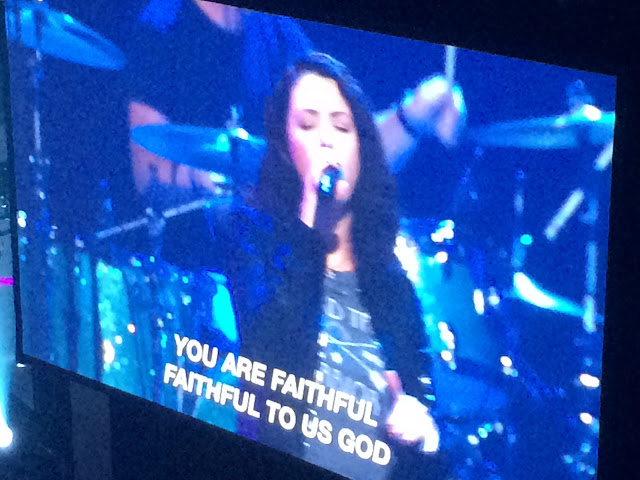 The morning closed with Andy Stanley speaking more on leadership. 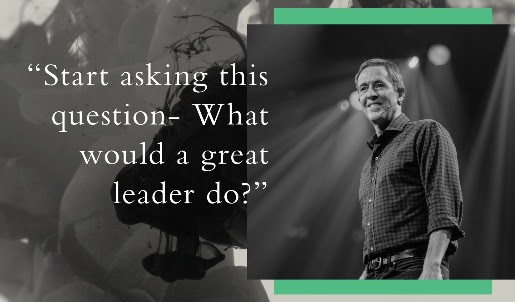 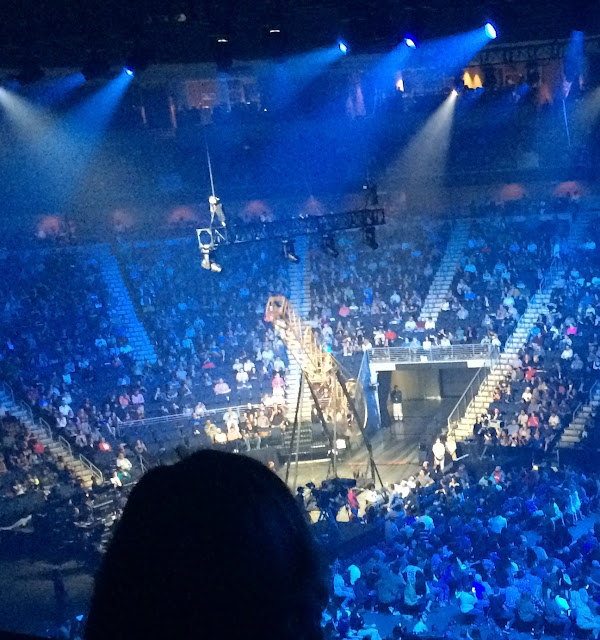 Social work research professor Brene' Brown gave a challenging speech about the decaying social fabric of America. Anna is reading one of her books, and I'll have to as well. Along with Andy, Brene was the best communicator at the conference. 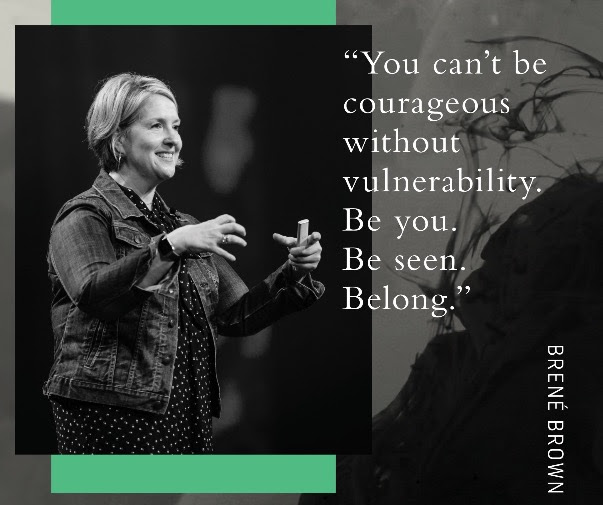 Stanley closed out the conference by interviewing Bill Hybels,
founder of Willowcreek Church. 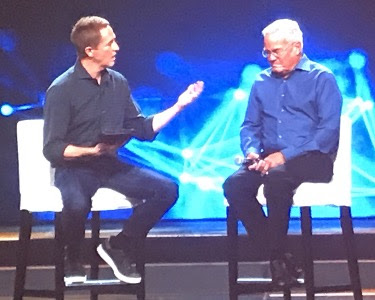 Hybels shared how a challenge from a college professor changed the course of his life, setting him out on his journey to create a church where his un-churched friends would be open to hearing the Gospel. 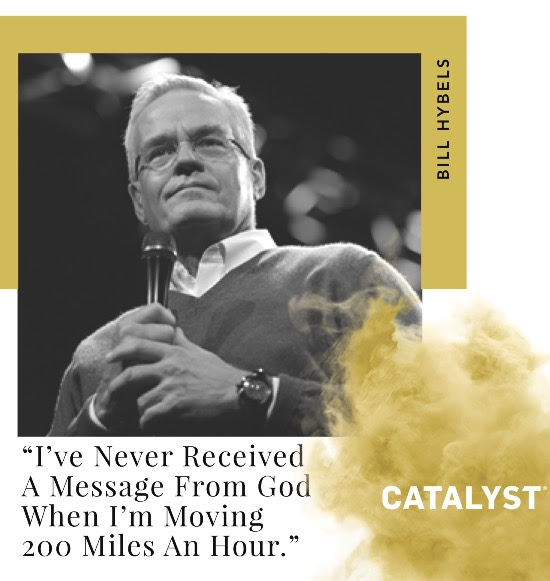