The Legend of Donut Dan

In addition to the many great speakers at the Catalyst Conference,
the between session entertainment was also top notch.
Thursday hosts Clay and SoJo held a dance contest,
pitting young millenials against older baby boomers. Hilarity ensued. 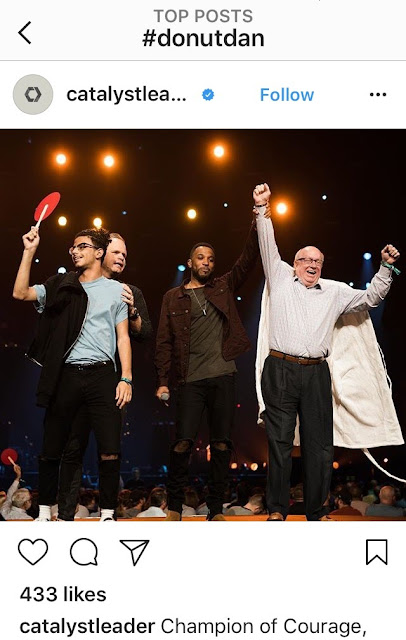 Old guy Dan Glaze stole the show, besting a young Puerto Rican who had some serious dance skilz of his own. For the rest of Thursday and Friday "Donut Dan" was the talk of the conference
- and a trending topic on Twitter. 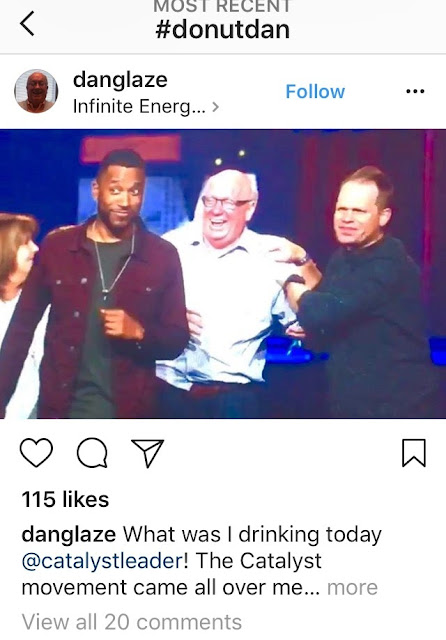 Host Clay Scoggins let everyone know that Donut Dan was busy posing for pictures. Friday morning Clay showed up in a Donut Dan t-shirt, with a picture of the elubrient Dan inside a chocolate covered donut with sprinkles. Glaze is no Joe Schmo - he works for the highly esteemed National Christian Foundation. 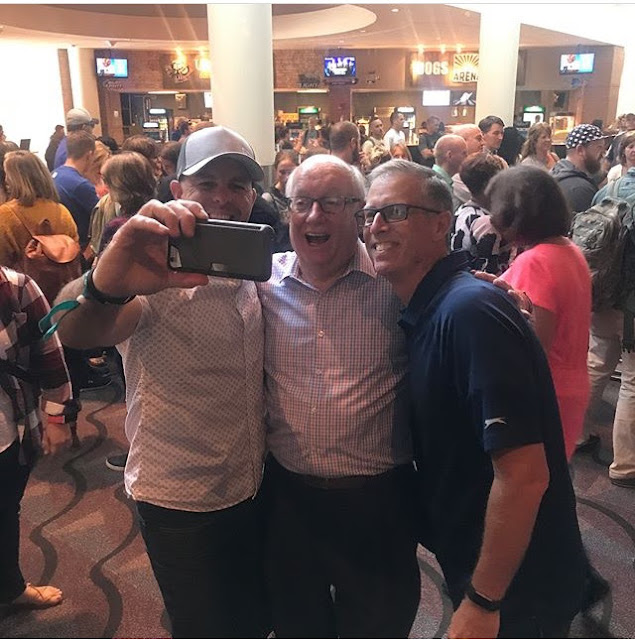 Good photo below of the world champion hip hop team doubling as "impromptu, unrehearsed" backup dancers during the karaoke contest. 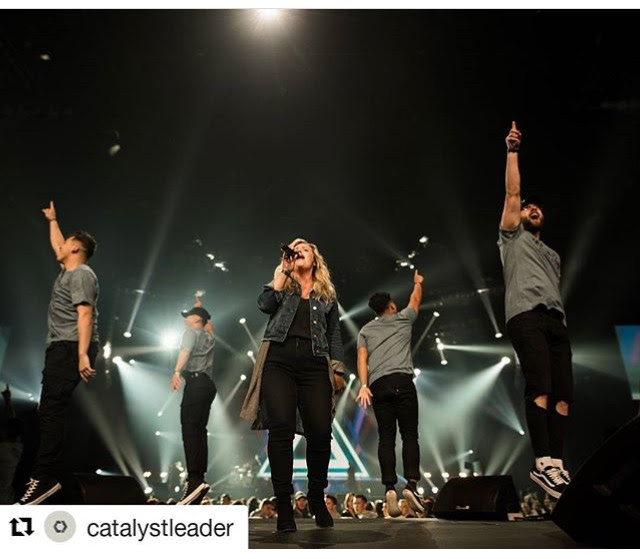 Thursday I posted crude videos of the karaoke above
and the amazing "Saturn" below. 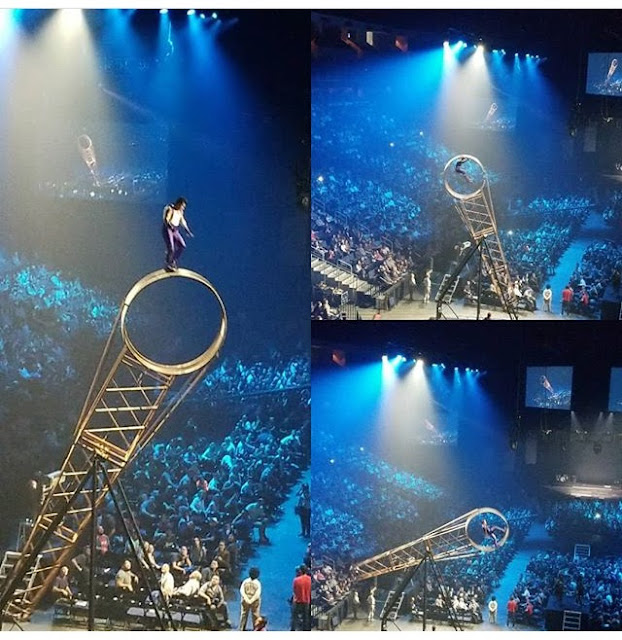 For some reason during one session
the popular Puerto Ricans were mysteriously absent.
Perhaps they were posing for pictures with Donut Dan. 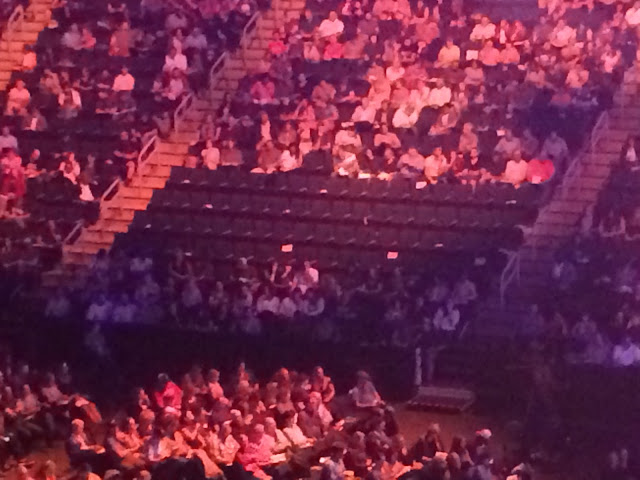