The school Ceil teaches at gave us passes to the Catalyst Leadership Conference. It's a ticket you don't turn down. Catalyst was held at the Infinite Energy Arena in Duluth, home of the Gwinnett Gladiators. 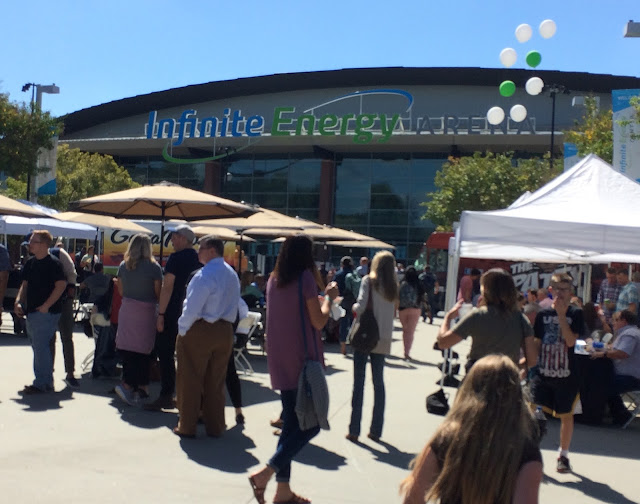 The theme of this year's conference is courage.
Introduced by his son, Andy Stanley was the first to speak. 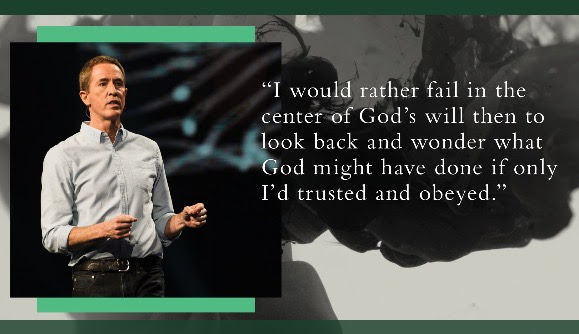 We sat in the small upper deck, stage left. 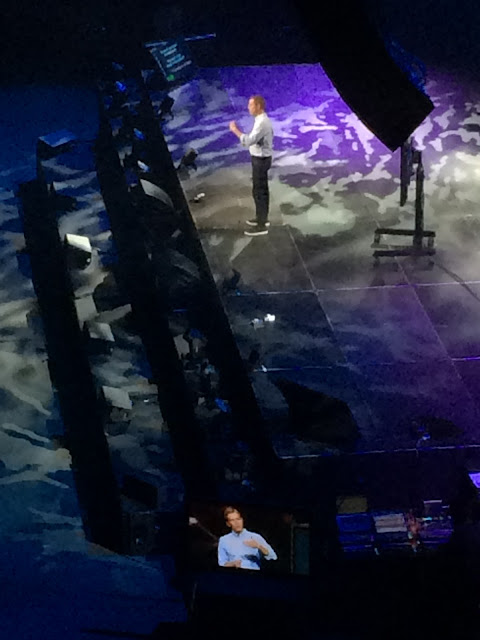 Host Clay Scroggins interviewed Jeremy Courtney,
a Texan who founded the Preemptive Love Coalition.
After 9/11 Jeremy prayed, then moved to Bagdad to love and minister to the Christians, Jews, and Muslims in need. An amazing story. 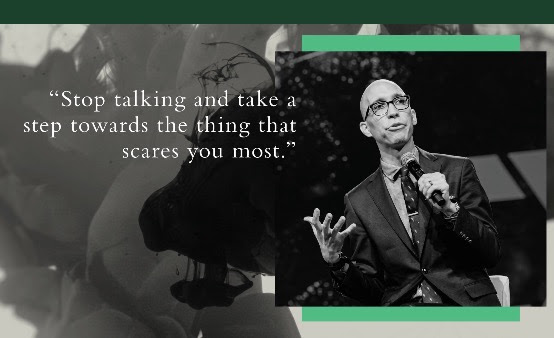 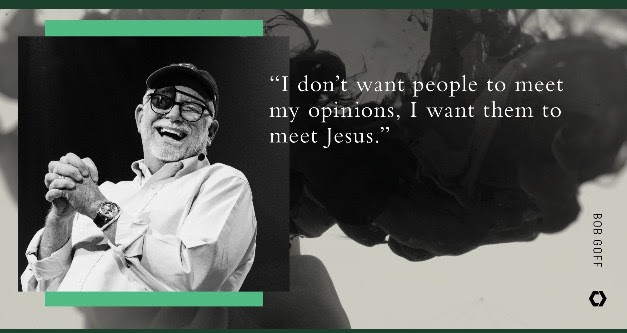 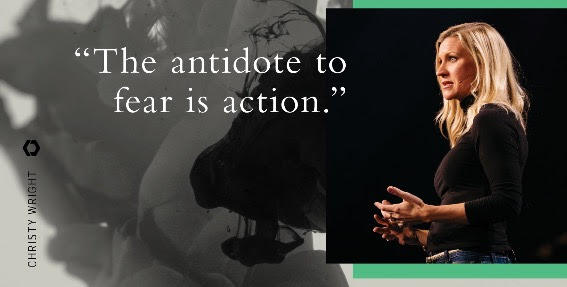 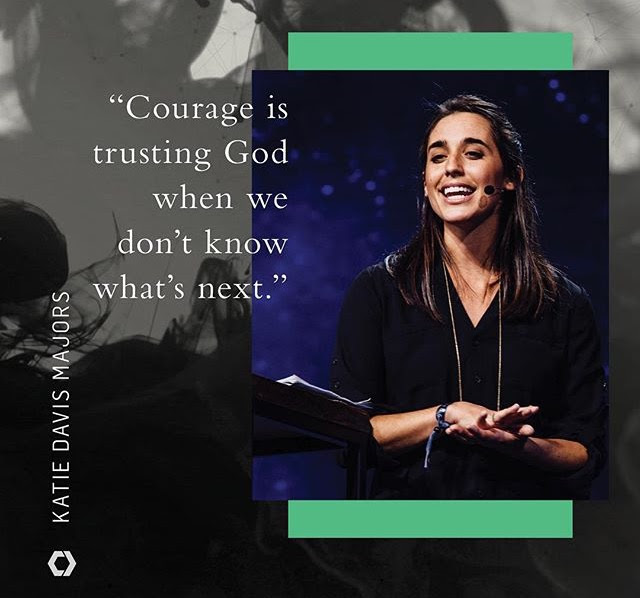 Ceil got her picture taken with Katie. 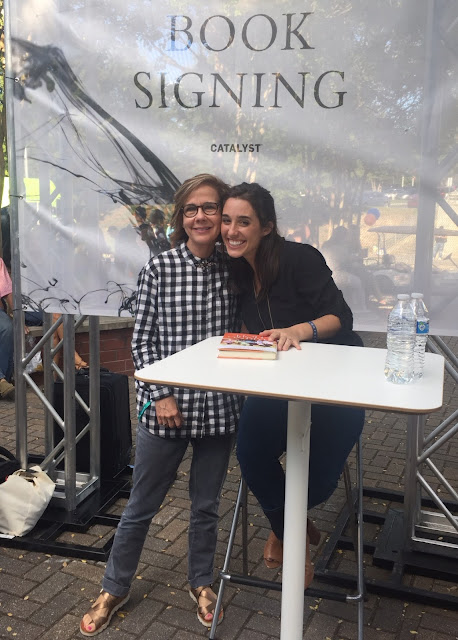 Tim Tebow gave an energetic speech, mixing in stories from his career. He made it clear that his time as a football and baseball player was nothing compared to the work he does with special needs children. 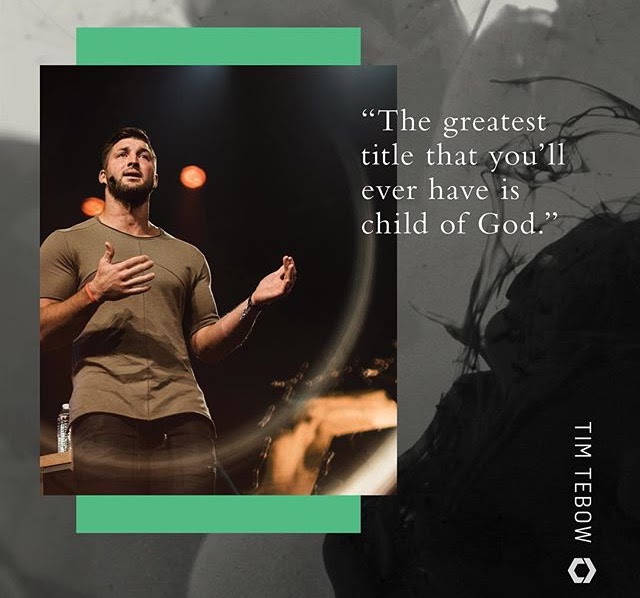 At Florida Tim got the idea to put a Bible verse on his eye black: Philippians 4:13. Before the national championship game he went to head coach Urban Meyer, saying he was going to change verses. Meyer went wild: "But Philippians 4:13 got us here!" Tebow changed to John 3:16, and during the game 94 million people looked up the verse on the internet. 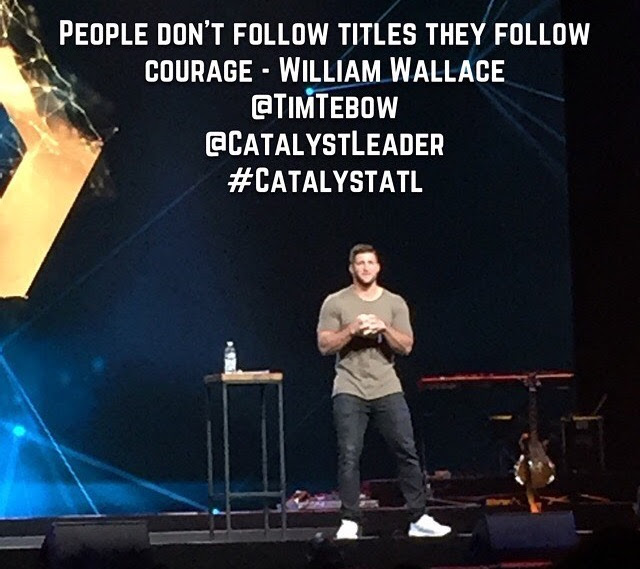 Tebow paced back and forth on the front of the stage like a caged animal. 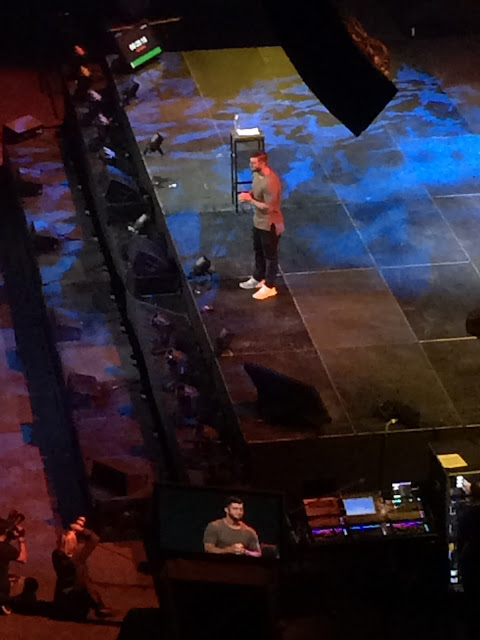 After a break the hosts discussed things that took courage, including stand up comedy. Scroggins goaded co-host Joseph Sojourner into giving it a try. Several lame jokes followed, until Jeff Foxworthy shooed him off the stage. Foxworthy's story of courage: a hilarious routine about his colonoscopy. 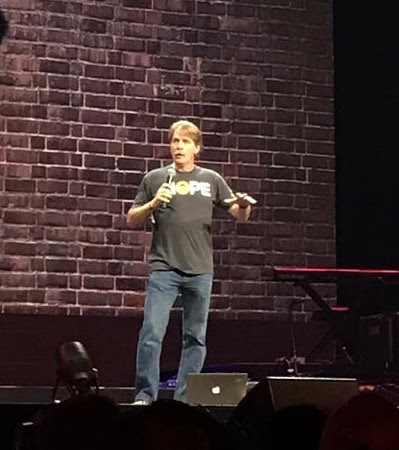 Best-selling author Daniel Pink has an impressive resume:
on PBS, NPR, the National Geographic Channel,
and was named on of the top ten business thinkers in the world. 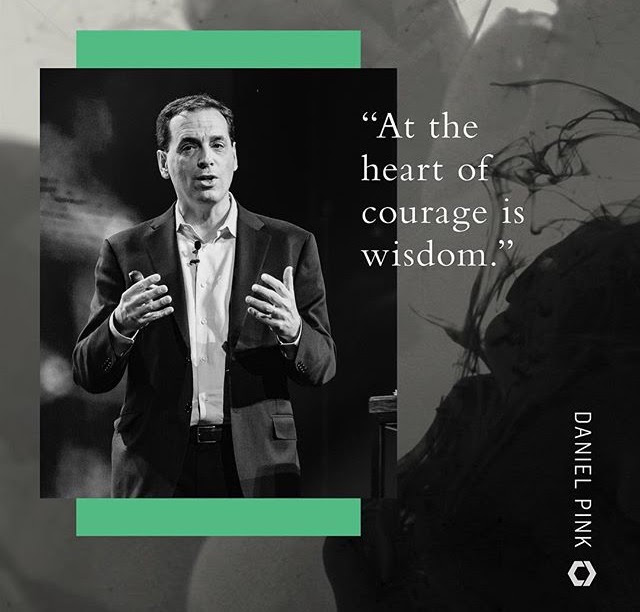 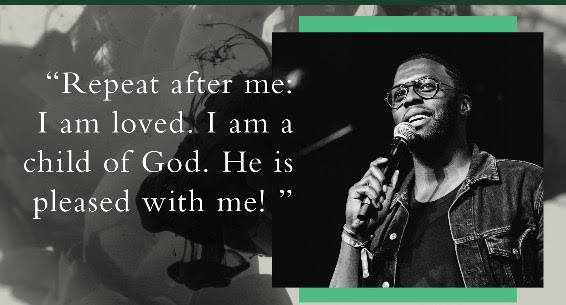