I missed a good chunk of this past Saturday’s action,
but there was much to discuss. 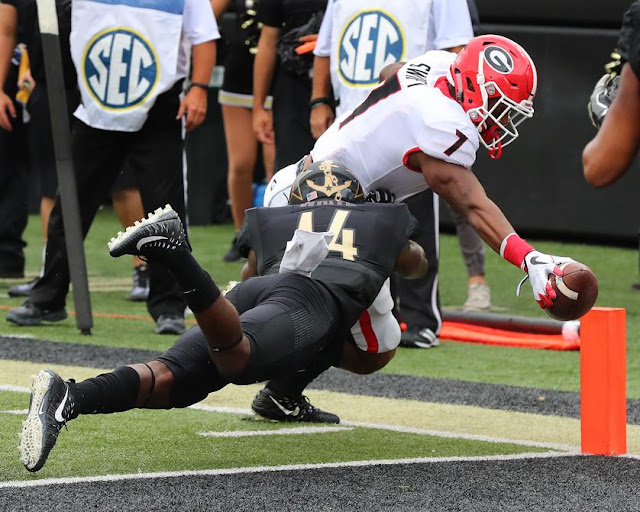 UGA/Vandy. Another good outing by the Dawgs, lifting them to fourth in the polls. Defense looked good despite having three starters out. 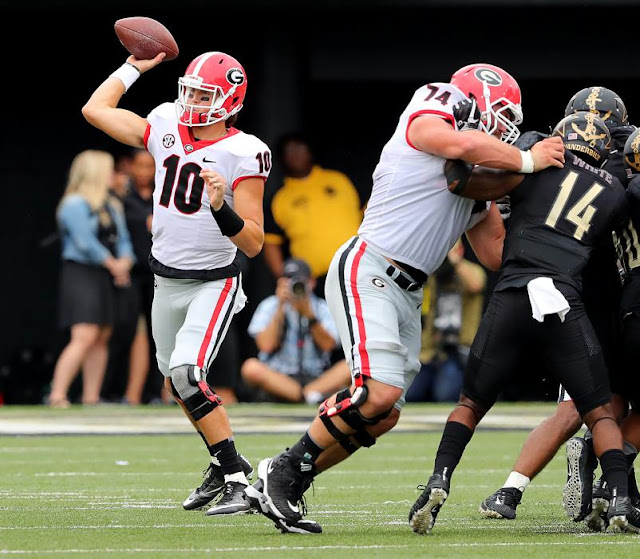 Jake Fromm did well but drew the displeasure of Kirby for not giving extra effort after the game was all but decided. Jacob Eason saw increased playing time, but didn’t look as sharp as Fromm. Fumbled on one of his first plays, giving Vandy the ball on the one yard line. Still it took Vandy all four downs to score. Kirby probably wants the tension, so both players will do their best. 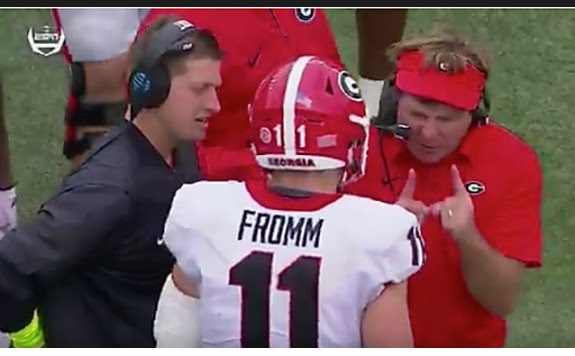 With the top dual threat QB committing to the G, the Dawgs will face a problem next season. Forget having three 5-star QB’s on the roster. Both the Harrison QB and the top running back commitment wear number one in high school. Which will wear it at Georgia? I say retire the number in honor of Sony Michel.

Clemson/Wake Forest. The Tigers won a relatively close game, but impressed enough to replace Bama as the nation’s number one team. Tuesday night the SEC Network’s Booger McFarland hailed Kelly Bryant as a much better passer than Bama’s Jalen Hurts. Bogger said Bryant “reeled off 300 yard game after 300 yard game.” Reece Davis, Joey Galloway, and Kirk Herbstreit all disagreed, correctly pointing out that Bryant and Clemson had been slowed several times, using Auburn and Wake as examples. This past Saturday against Wake Bryant was only 2-6 (with two drops) before leaving with a high ankle sprain. Dabo should rest Bryant for three weeks, with Syracuse this week and a bye week after that. 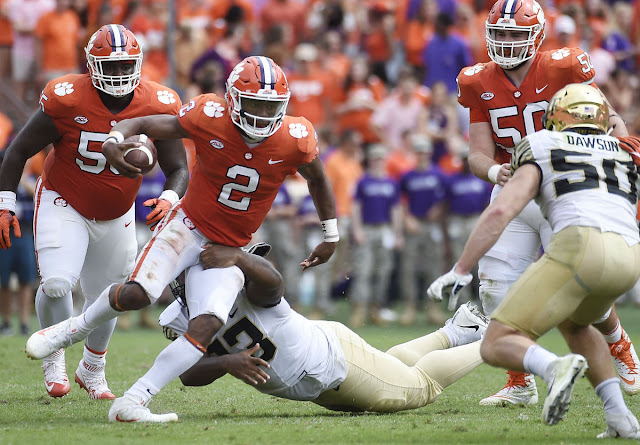 Alabama/Texas A&M. The voters must think something’s wrong when Bama doesn’t win 50-0. They’re still the team to beat. Hurts has the fourth best QB rating in the country, well ahead of Bryant’s ranking.

Miami/FSU. Exciting ending. Another loss for the Noles. They still have to play Louisville, Clemson, and Florida. Herbstreit warns the Canes: watch out for Georgia Tech’s option. Kirk’s quotes: “Tech is a good team” and “They should be undefeated.” 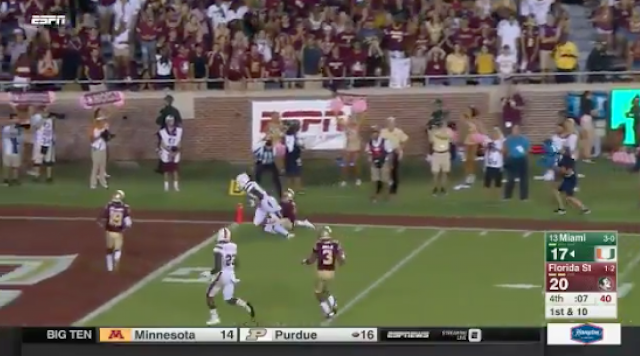 Michigan/Michigan State. Another loss for Harbaugh. Now Sparty is being mentioned as a dark horse.
NC State/Louisville. Another loss for Bobby Petrino and the great Lamar Jackson. The Wolfpack’s confidence grows. QB Ryan Finley ranks third in the nation. Still no way State beats Clemson. Right?
Florida/LSU. Gators finally ran out of luck. Texas A&M won’t be any easier. Then Georgia.
Oklahoma/Iowa State. Experts say QB Baker Mayfield ignores wide open receivers while trying to make a bigger play. He’s still the top ranked QB in the country. The loss hurt his Heisman hopes, but should the Sooners win out they still might sneak in the playoff.
TCU/West Virginia. TCU won a close one. Fans are dreaming of a playoff spot. They still gotta play Oklahoma on the road. Thomas was on ESPN College Gameday.
Will a Pac Ten team sneak into the playoff? Both Washington and Washington State are looking good.
Auburn beat Ole Miss. Their only loss is to Clemson. Some think they could beat Bama, then Georgia, and sneak into the playoff. Not me. Just a few weeks ago their fans were wanting to fire their coach. Louie Giglio was spotted on the sideline, trying to see past players and coaches much bigger than him. 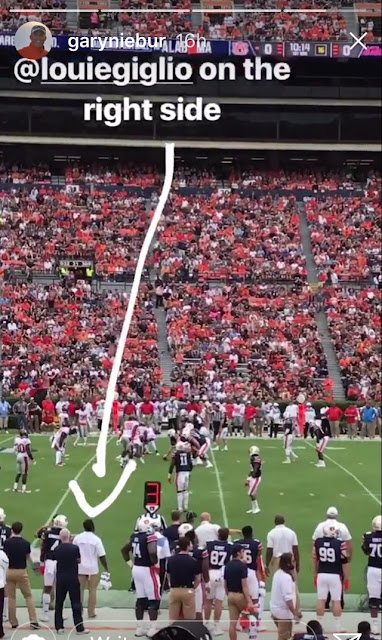