Got talked into attending tonight's Braves Cardinals game.
As usual I arrived early, and spied several interesting jerseys in the crowd, including this little guy. 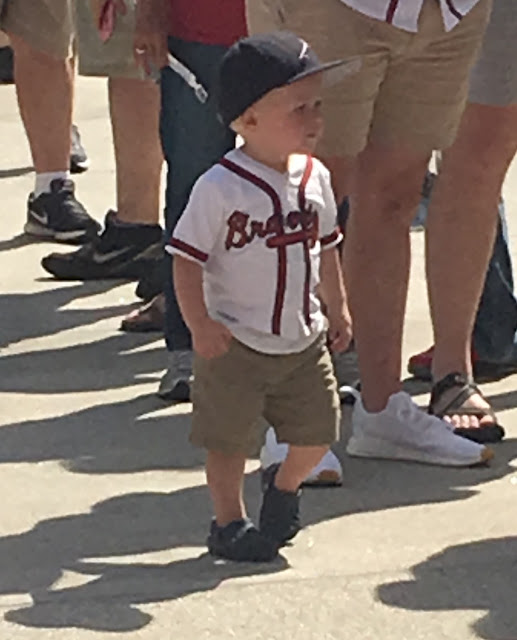 Josh Donaldson bobblehead night.
Not all my photos downloaded,
so more will hopefully be published tomorrow. 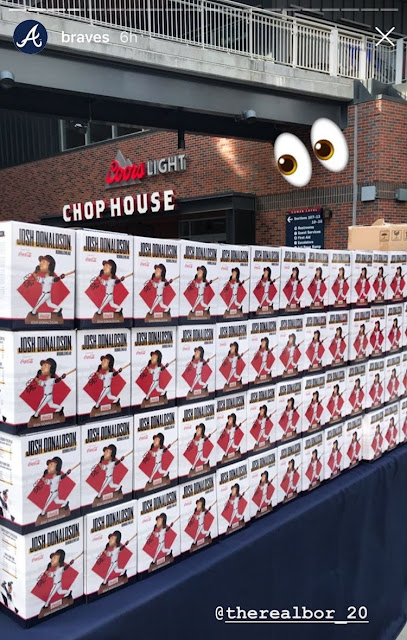 Hung with several guys from work: Chris, Justin, Ben, and Blake.
Wore my new 1976 jersey for the first time.
Caught Walter Banks checking it out. 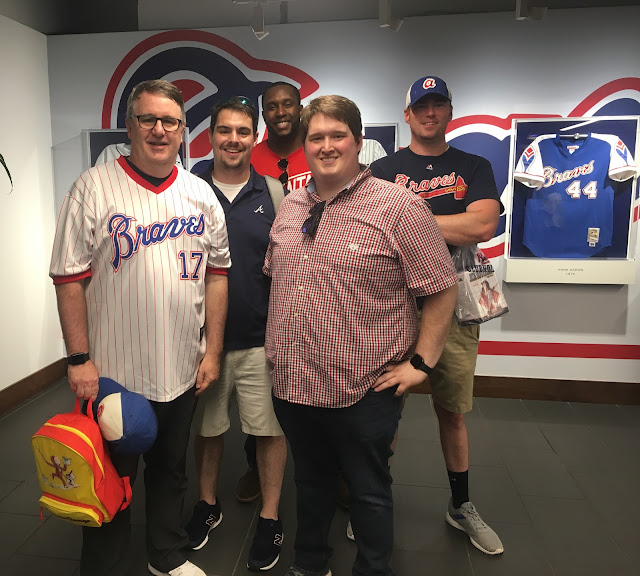 This couple was wearing the jerseys that Rome had recently given out. 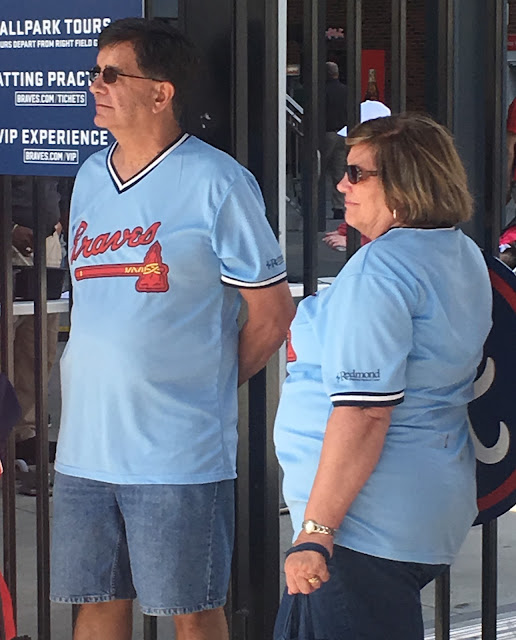 Some of the usual font of the line bobblehead regulars,
including Sandy, the retired designated driver lady. 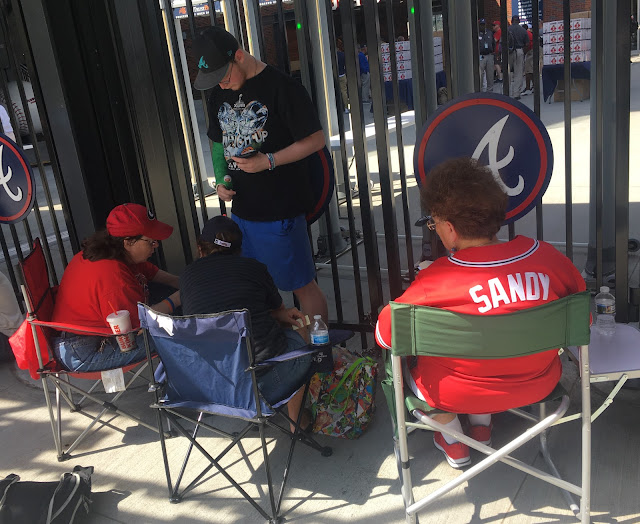 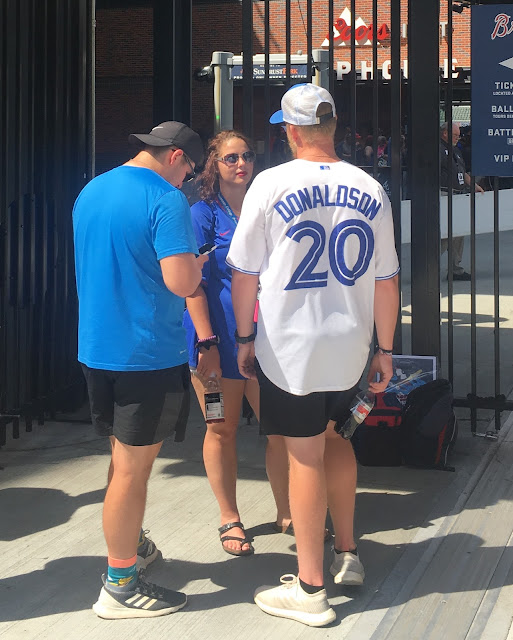 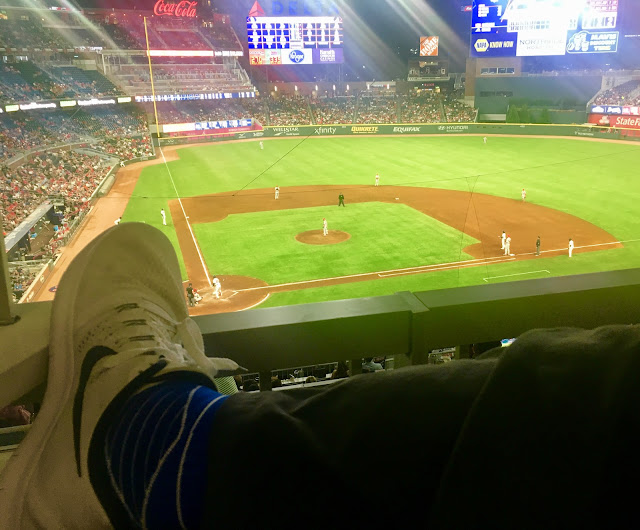 Austin Riley's second game. He continued to hit. Just missed a home run.
Two doubles and a single, and a couple of nice hustle plays in the outfield.
More on his major league debut tomorrow. 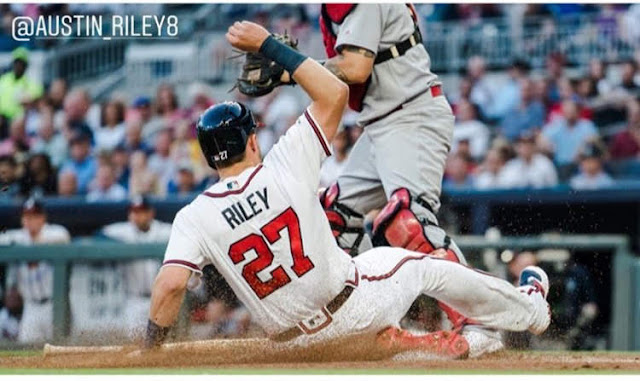 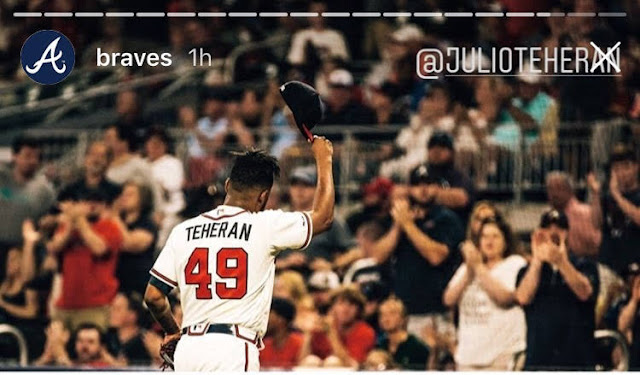 Above: good Julio. Carried a no-hitter into the fifth inning.
Below: lots of Cardinal fans. 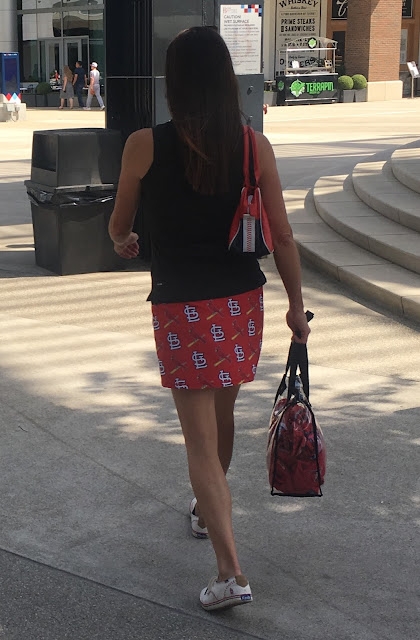 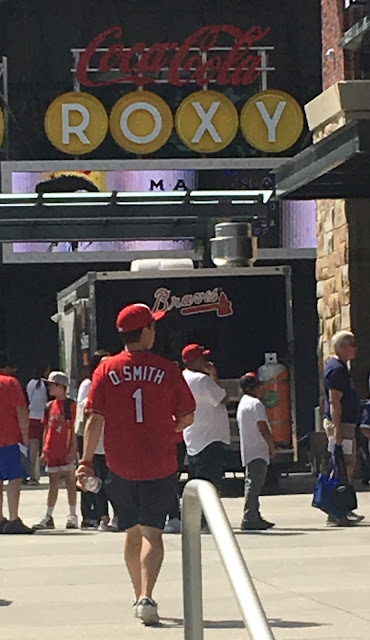 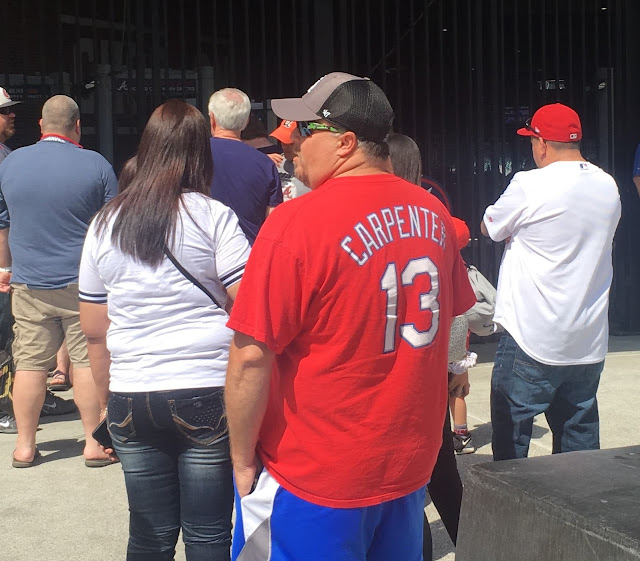 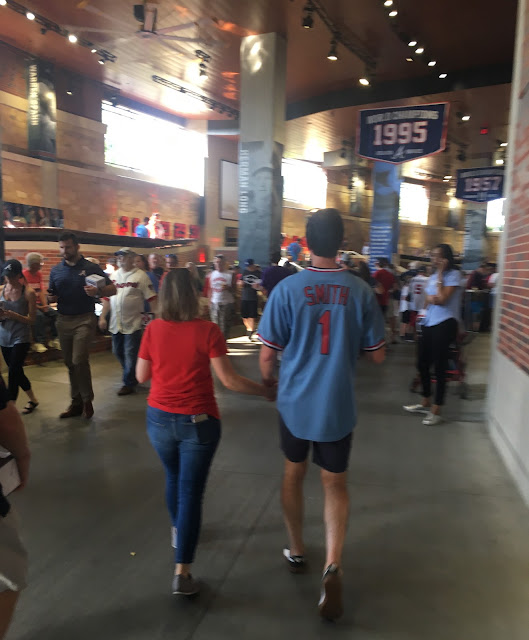 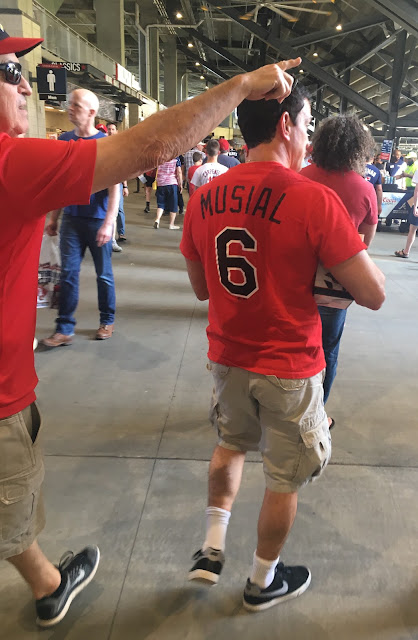 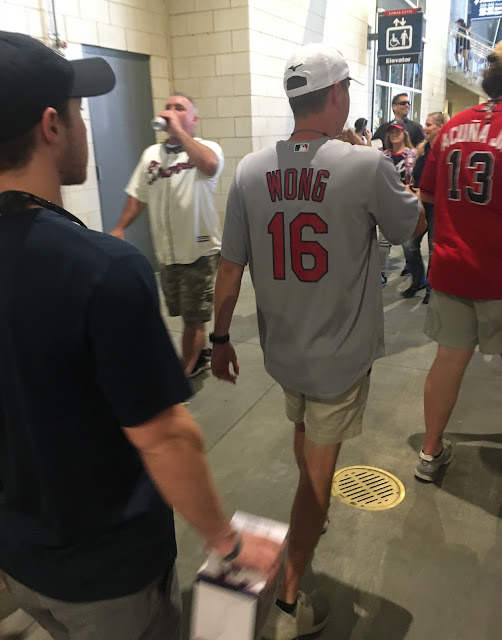 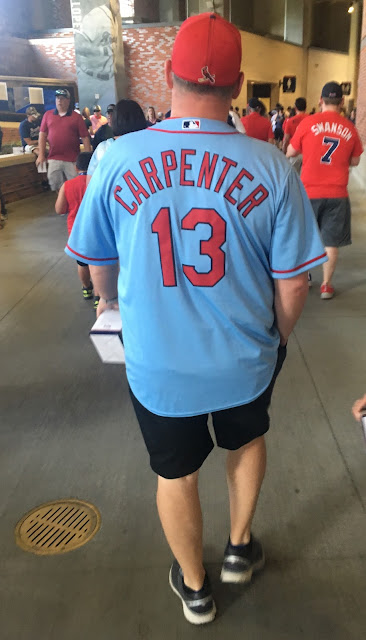 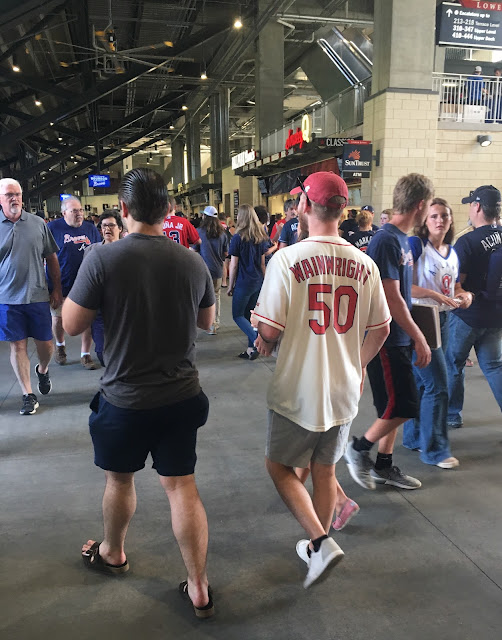 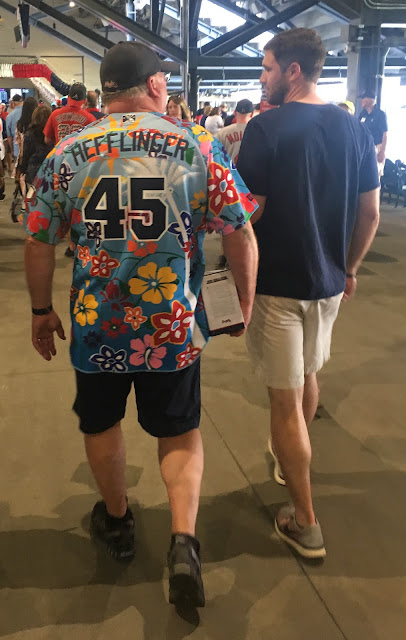 Below: bobblehead cohort Mike has a strong jersey game.
Also a strong sneaker game.
And a strong cap game, though he favors the flat bill.
Said he's owned the 1969 Hank Aaron jersey for a few years now. 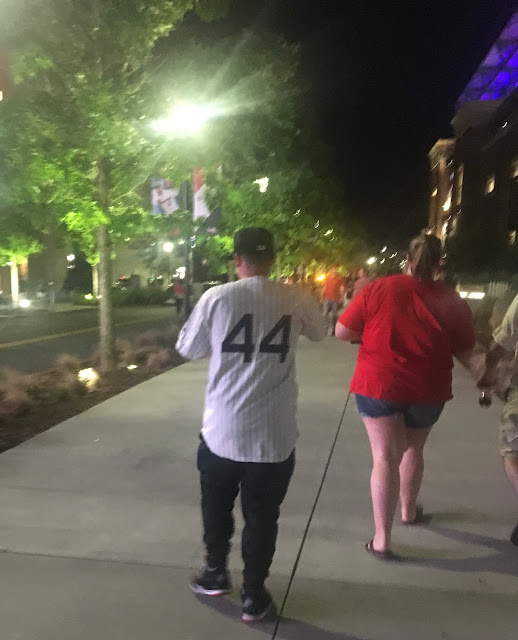