Friday afternoon the morning clouds cleared out, making for a beautiful graduation day. By six it was downright hot. Traffic was heavy, and most friends and parents took their time arriving at Sanford Stadium. Took an hour for the graduates and faculty to process onto the field. 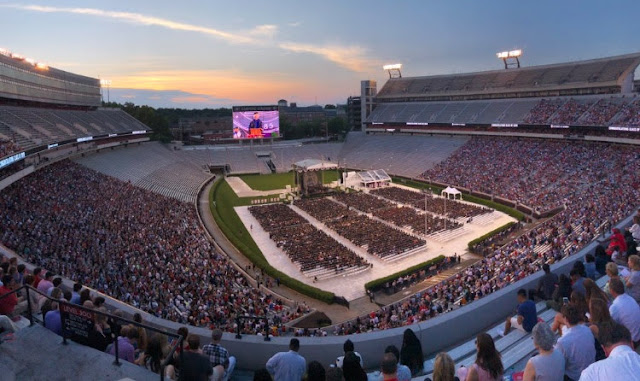 Friday afternoon we rested, then A and W went to take down her art project while C and I hit Publix for supper: chicken tenders, salad, chips, and fruit. We'd had the house to ourselves that afternoon, but then several families came back with food for dinner. I was worried about the crowd at the stadium, but no one else was in a hurry. Fortunately our good friends Reid and Noelle arrived early and saved us seats. 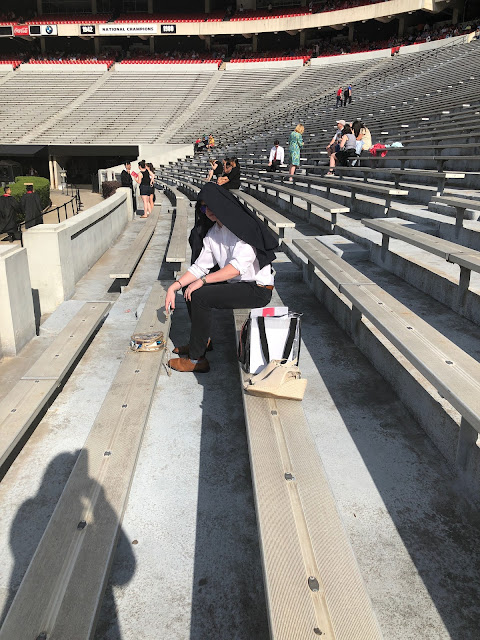 All the roommates got together for one last round of photos. 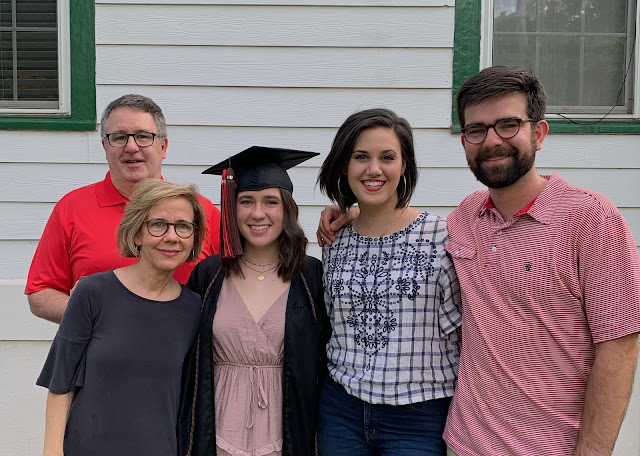 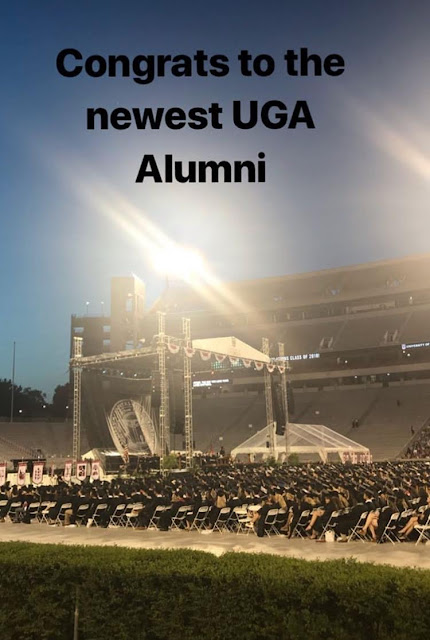 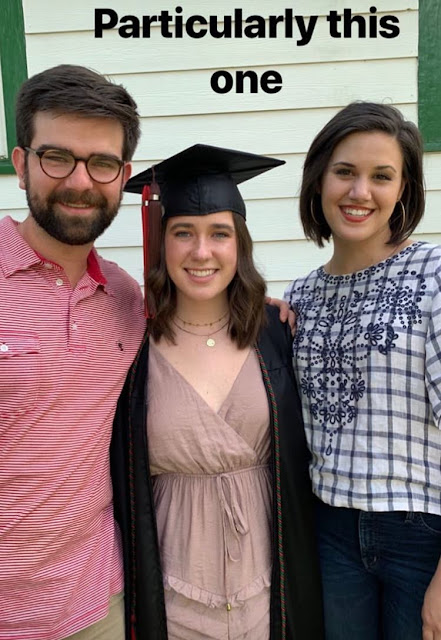 Like on football Saturdays, Anna and her roommates walked the 1.4 miles to the stadium. Along the way they stopped for 79 cent polar pops. 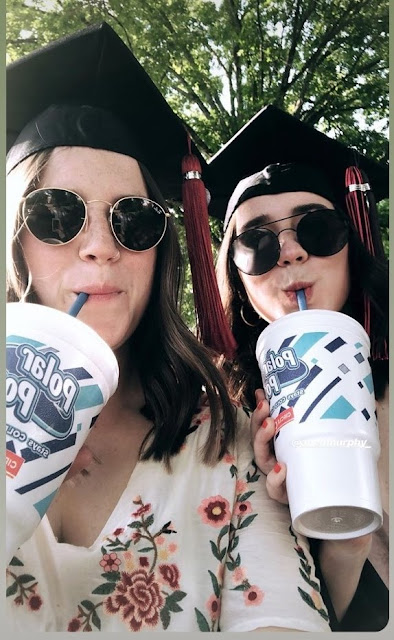 We made the walk as well. Traffic was pretty much gridlocked the entire way, so we made just as good time.
Could've parked at the sorority house, but it would've been a hassle. 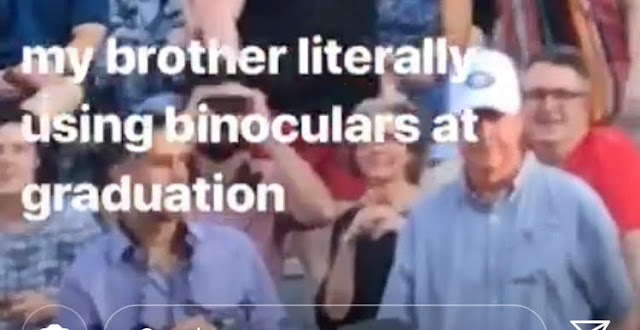 During the processional Anna took a picture of us. 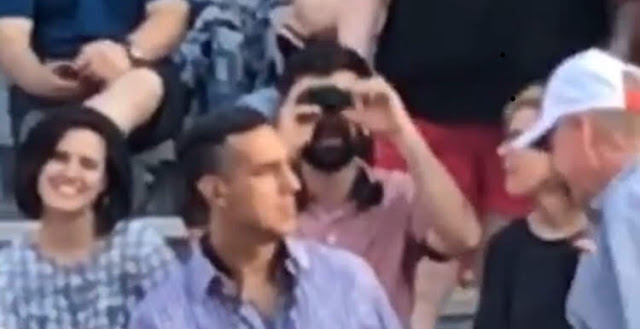 On the way inside I ran into the daughter of former coworker Neil Hollingsworth. She brought Neil over to say hello, and we had a good chat. later after Anna made processed to her seat, there were so many more graduates to process that I had plenty of time to get us all something to drink. It was hot, and I was thirsty. 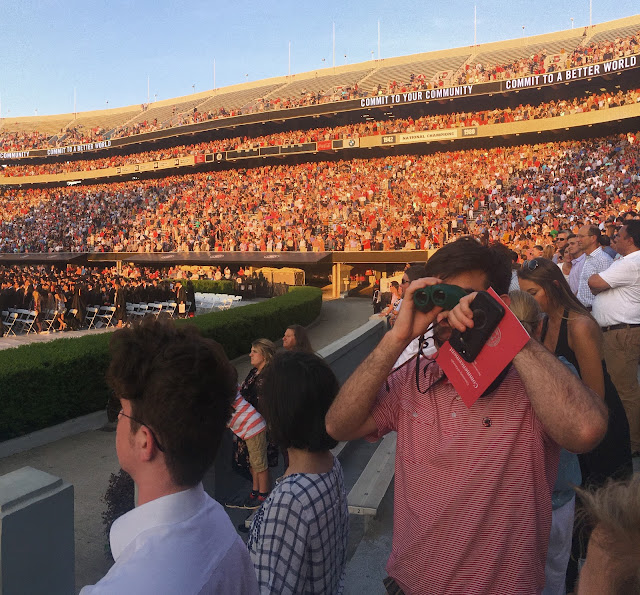 The featured speaker was ABC News correspondent Deborah Roberts, a Perry native and 1982 UGA graduate. During her junior year Roberts worked as an intern at WMAZ TV in Macon. She encouraged the grads to put down their phones and learn how to peacefully disagree. 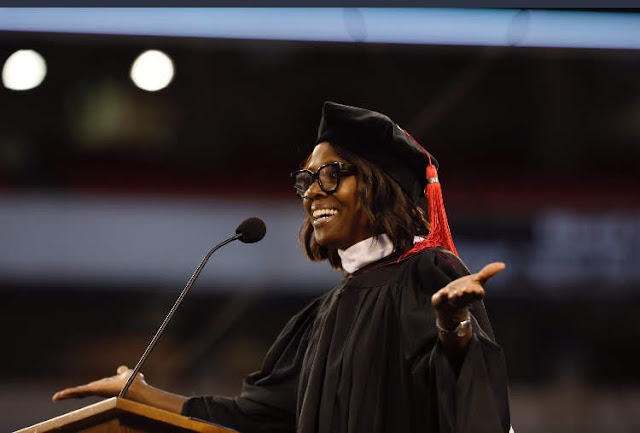 After the degrees were conferred the lights were turned down and the stadium took part in a tradition started four years ago by this very freshman class: Light Up Sanford. Check out the video. Ceil and I decided to beat the crowd out of the stadium, and began our stroll back to the house. 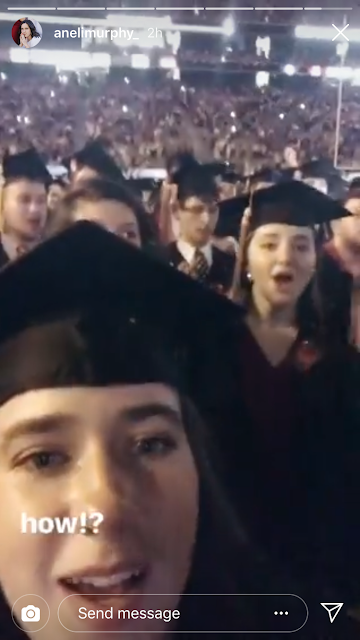 We saw the fireworks from outside the stadium. 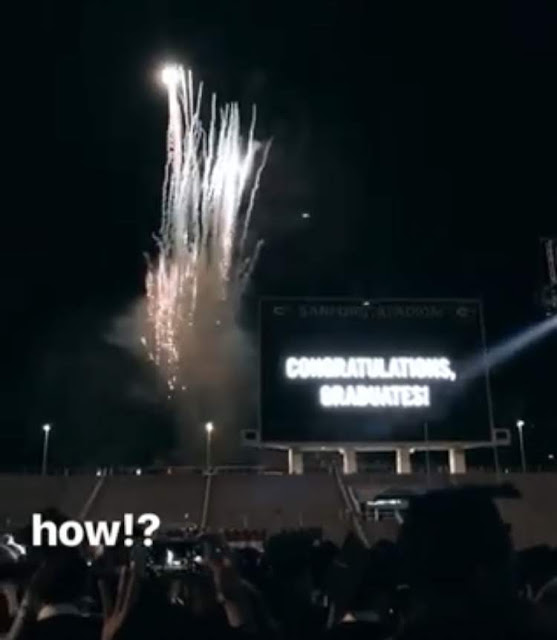 We got to see Anna before leaving for home. Highway 316 was crowded but flowed freely for the most part. Didn't get home until 12:30 am.

Email ThisBlogThis!Share to TwitterShare to FacebookShare to Pinterest
Labels: Anna, Bulldogs, Mary-Clayton, Will