Last Wednesday: a long but good day. Arrived in Athens before Anna left for graduation so we rode together. Sat with a couple we’d known for over 15 years. Held in the relatively small arts center, each graduate received a limited amount of tickets. After the ceremony we took pictures and went to see Anna’s final project. 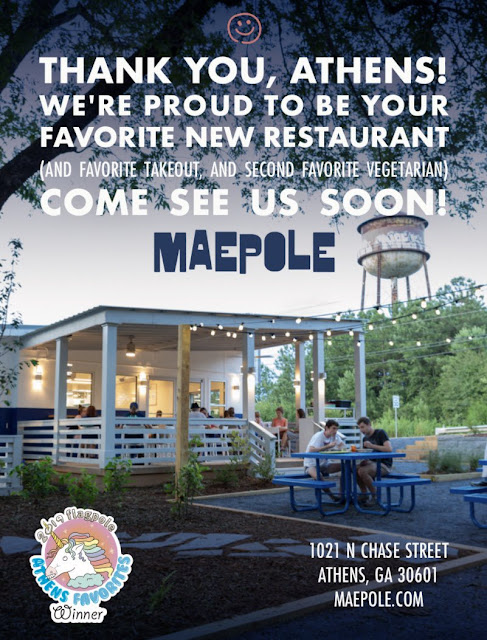 Late lunch at Maepole, a healthy cafeteria. You get a base like lettuce or sweet potatoes, two sides like green beans mac&cheese broccoli or potatoes, and a meat like chicken, meatballs, or pork. Sides all had an extra ingredient like onions or tomatoes. Very good.

Around four Ceil and I headed home. Took 316 to Pleasant Hill to Old Milton Parkway. Ceil had to run into the Avalon and Hobby Lobby, so it was after seven when we got home. Watched Chicago Med and the Braves.
Thursday: packed the car and left out not long after noon. Got to Anna’s house in Athens and helped decorate with other parents. Two big tents had been set up in their yard. Later I checked into the hotel, gassed up the CRV, and stopped by Taco Bell. Sunny afternoon. Later I dropped C off at the new walk-up downtown Chickfila, then we changed clothes for the evening. I drove W and M to the CFA, then we all drove over to Anna’s art school for her final show.
Anna’s exhibit drew lots of people. Several of her friends and their parents. We met several classmates and other friends. Was almost 8 pm by the time we headed back to the party at her house. By then it was raining, so we talked inside while others gathered under the tents. Later the rain stopped and we went outside. Chips, dips, chicken salad. I ate the buffalo chicken dip dish with Fritos. By ten most of us older people left. We heard the kids hung around until after midnight, mostly just talking in groups. M had ridden over with us, and he drove back to Atlanta in the extra car we’d left on Wednesday. 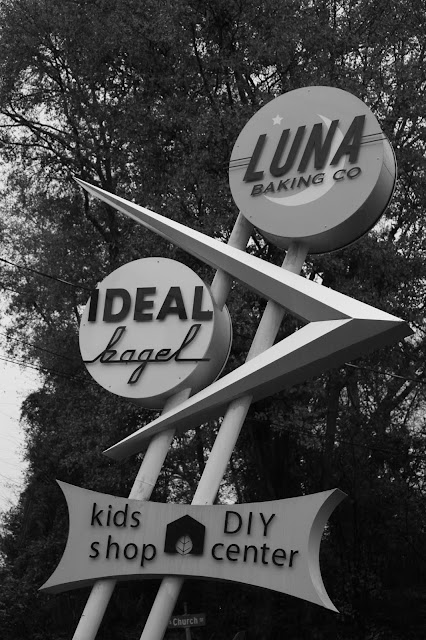 Friday morning we met W&MC and Anna and her friend Christian at Ideal Bagel for a late breakfast. 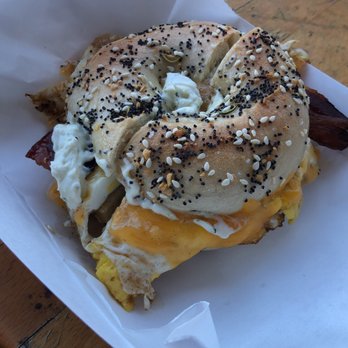 Later we went downtown to walk around. Snacked on milkshakes and waffle fries at the downtown CFA, while watching the long line of graduates get their pictures taken at UGA’s arch. Glad Anna and her roommates had taken their pictures several weeks before. Went back to Anna’s mostly vacant house to rest. Later W and A went to take down her art display while C and I went to Publix for dinner: chicken tenders, salad, fruit, and chips.

Took more pictures in front of the house, then the girls walked the 1.4 miles to the stadium. Not long afterwards we made the same walk, since traffic was virtually gridlocked the whole way to the stadium. It was a cool day with a gentle breeze, and morning clouds had cleared off to reveal a beautiful blue sky. But inside the stadium it wasn’t so breezy and shady, so it was downright hot. Luckily the sun was soon to set. Our friends Reid and Noelle saved us seats down front, near where the graduates would process in on the walkway next to the hedges.
Walking into the stadium I had seen Dock’s sister Paula. I knew Dock’s dad Neil was in Athens for the graduation, so I messaged them my seat location. Neil and Paula came over to say hello, and we had a nice chat. Later I learned several other people I knew were at the graduation: Pat Poythress, whose daughter was in Anna’s sorority. Coworker Jhannio's daughter. Also Sherri Hall and at least five Johnson Ferry families.
At seven the procession started, with graduates filing out of the stands on both sides of the field, parading past the parents section then onto the field. Eventually we saw Anna and some of her friends out on the field headed to their seats. There were plenty more graduates who hadn’t yet left the stands. Anna was sitting closer to the front than back. It was hot, so I headed up the stands to get us something to drink. Luckily the line wasn’t long, and I quickly returned with three waters and me a Powerade. Had to pace myself so I wouldn’t gulp it all down at once. The whole procession took over an hour.
The main speaker was ABC News correspondent Deborah Roberts, a 1982 UGA grad and wife of NBC weatherman Al Roker. The exuberant students were fun to watch, pepping up the otherwise droll ceremony. As the sky darkened the heat dissipated. Reid and Noelle and W&MC left early, then we left just before the fireworks. I didn’t mind the long walk, but I was wearing black sneakers. We waited for Anna to return before leaving. By then traffic was backed up, though for the most part it flowed smoothly most of the way home. As we were leaving the girls were going out one last time. “Should we go to Taco Bell or McDonalds? I know – let’s do both!”
Arrived home after 12:30 am. Had to stop at QT for gas before midnight.
Saturday: up early for small group, then Kroger. Housework: dishes, trash, laundry, etc. Took a nap. Hallmark Channel and the Braves. Leftover chili for lunch, then roasted chicken with rice and collards.
Sunday School was taught by C’s friend Noelle. Good lesson on loving and forgiving enemies. Verses included Matthew 5:38-40, 43-44, 46-47 and chapter 6:15-16. 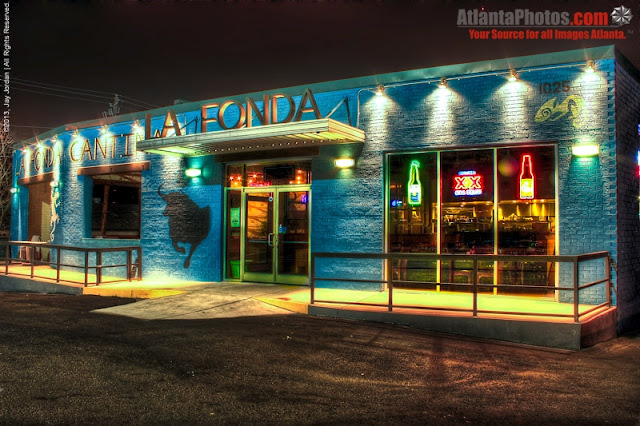 Got home to find out that M had cooked a late breakfast. He started work at two, so we went out to lunch without him. Ceil had two lunch choices so I picked a Howell Mill Mexican place over Ceil’s favorite pizza place. Will was at work so C had asked MC a question, and MC came to eat lunch with us at La Fonda. Had plenty of chips and salsa waiting. Ordered a Cuban sandwich with rice and beans. Ate half then and saved half to eat later. The sandwich was okay but more bread than anything. Will order something else next time. MC had fish tacos and Ceil had a chicken quesadilla.
Another nap, then over to a S.S. member’s house to pray for our class’s missionaries overseas. Went to bed early and dragged out of bed this AM to walk/run.
Lakers got a train wreck going on. LeBron out there recruiting players and picking coaches. Pretty much tanked it the entire year. Never see that out of MJ or Kobe. Now get off my lawn.