Made it out to CoolRay Park this afternoon for my first Stripers game of the year. It was my first time in a luxury suite there, thanks to Hot Stove host Johnny Tallant (lower right, red shirt). Here's the view. 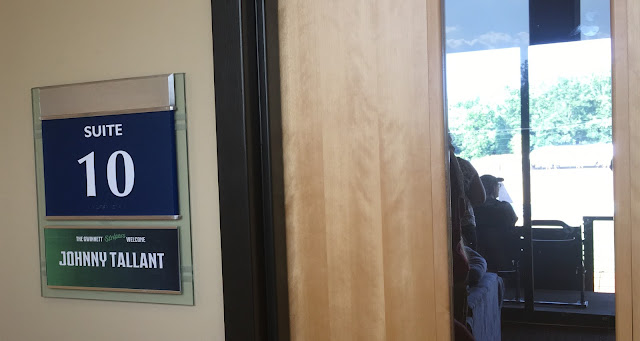 The hallway outside the suites detailed the history of the franchise. 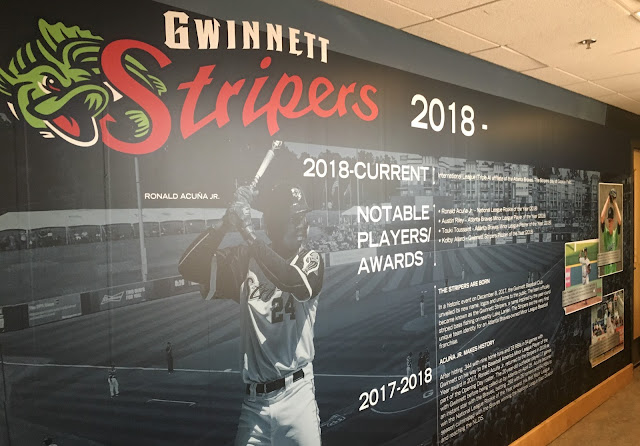 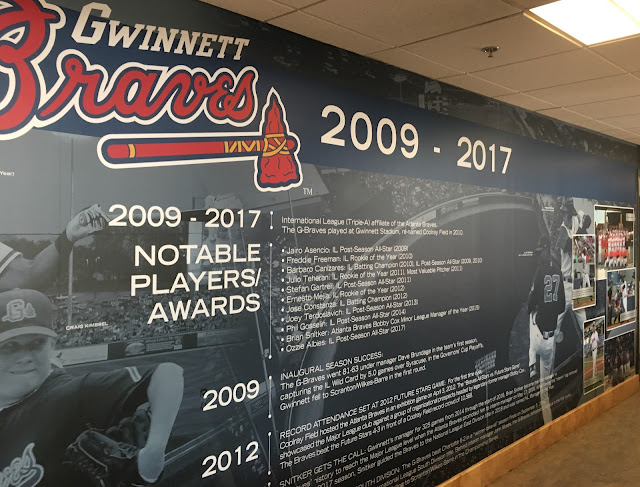 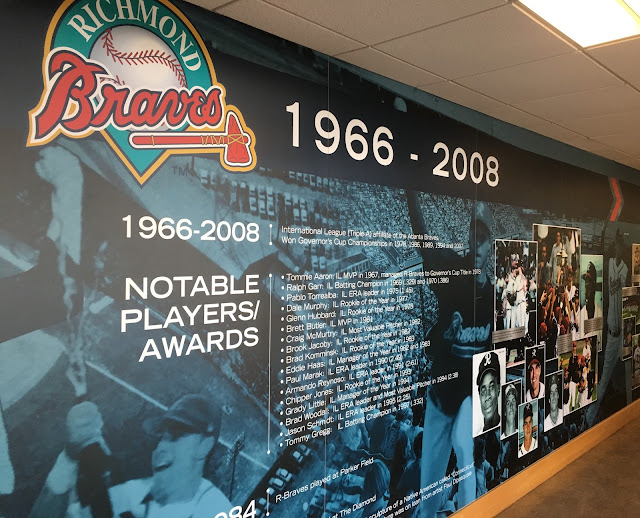 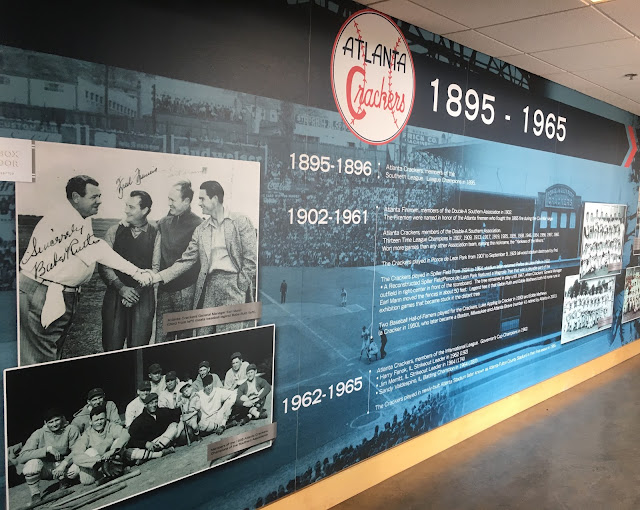 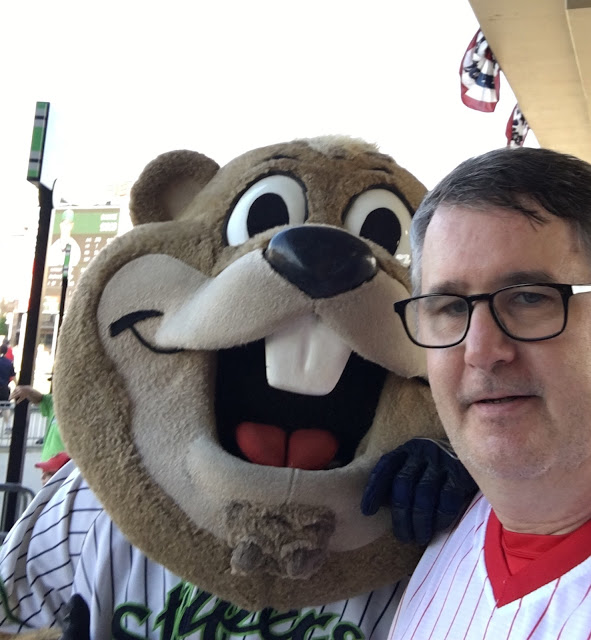 Didn't take many jersey photos. Did get three or four compliments on my 1976 Braves Andy Messersmith jersey. 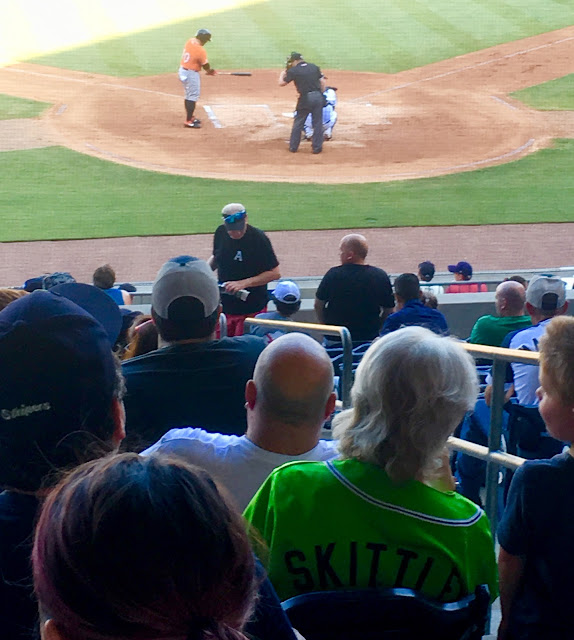 Enjoyed wearing my vintage red suede Nike Blazer high tops.
They're super light and look great,
but not the best for doing a lot of walking. 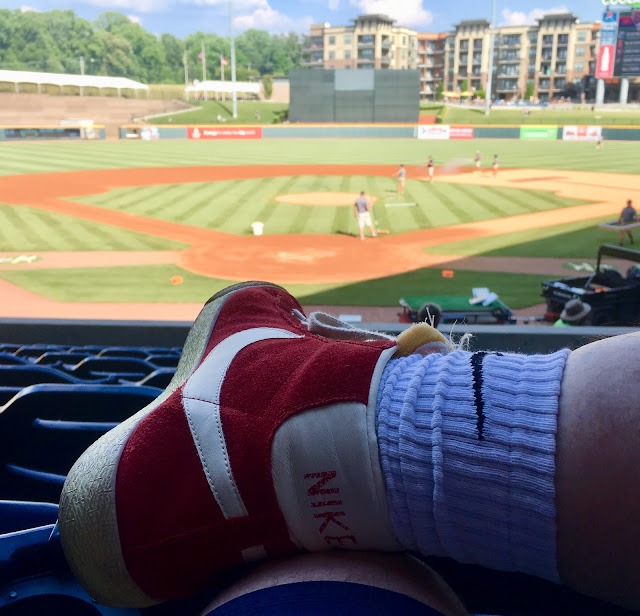 Nabbed a couple of Acuna bobbleheads, and sold them as fast as I got them. Saw a few of the bobblehead gang, including running mate LJ and his wife. Also Eric and Alan. Also chatted with new Stripers GM Adam English. Missed seeing old Hugh, Katie and the Maldanado clan. 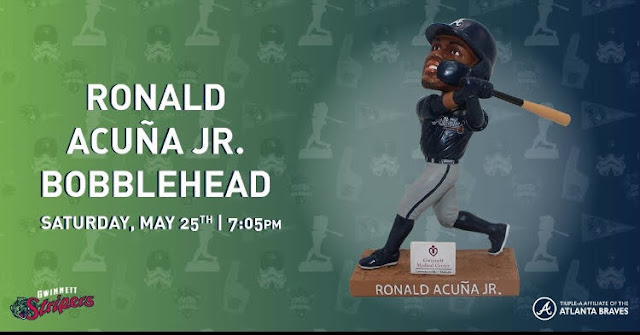 Dansby slugged two home runs Friday night, including one to straightaway centerfield. He's showing why he was the college player of the year and number one overall draft choice. Sometimes it takes a player a couple of years to get his feet under him. Dansby had been rushed through the minor leagues, jumping straight from AA past AAA and straight to the big leagues. Must be the socks. 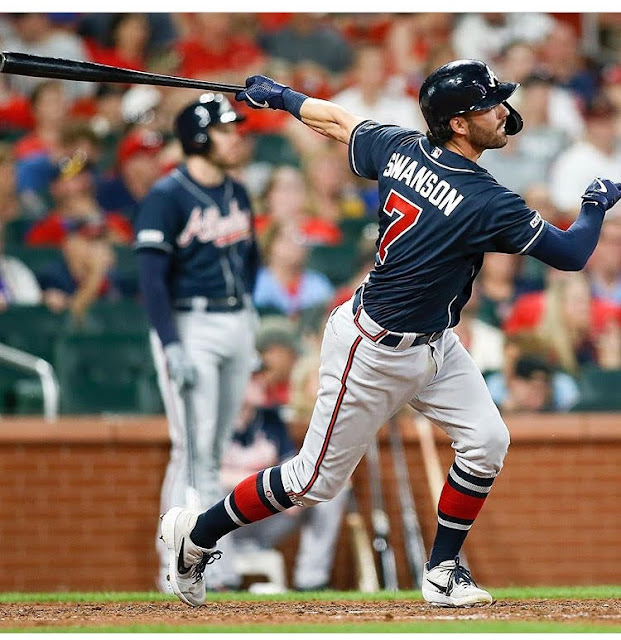